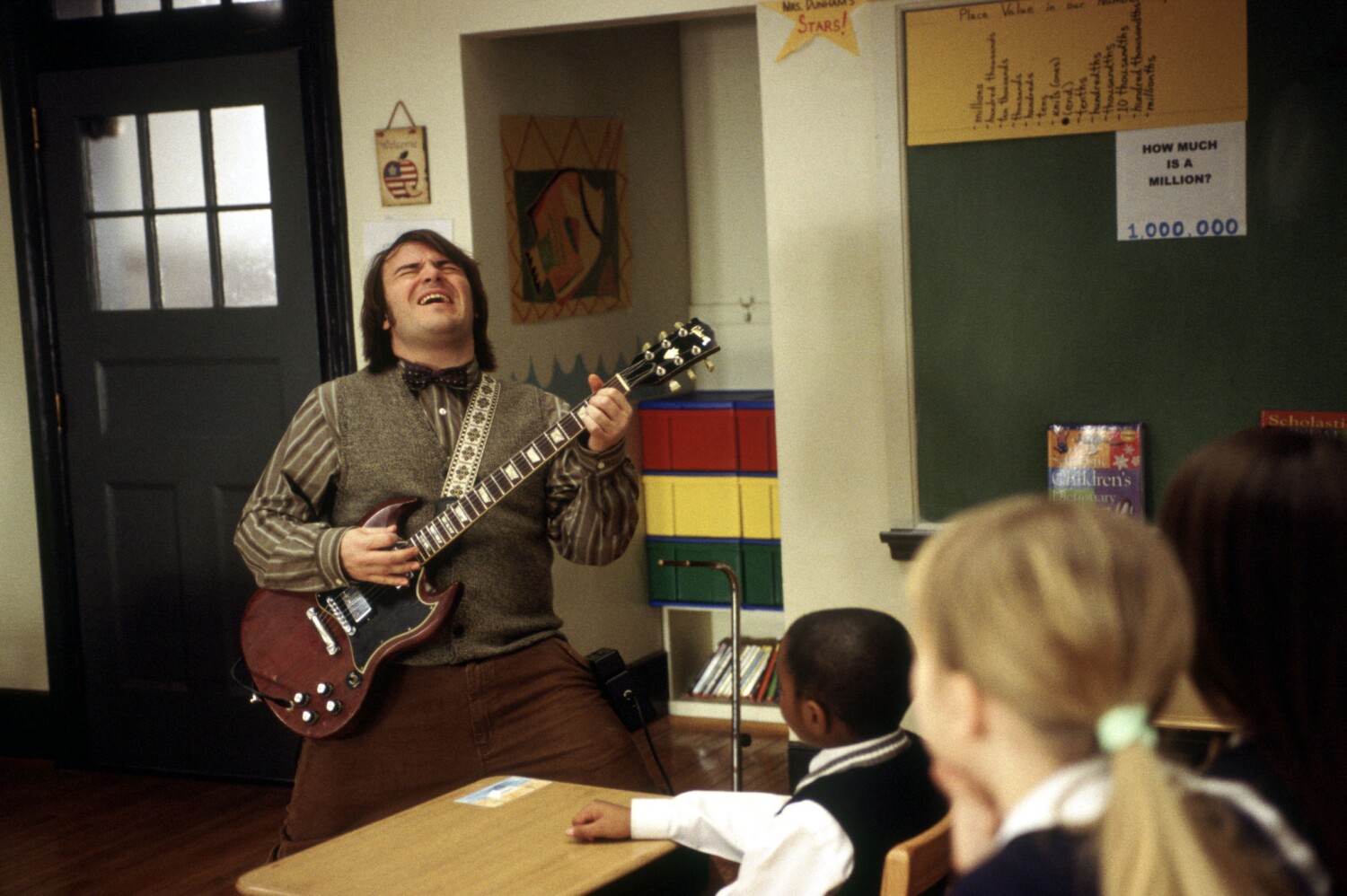 A heartwarming sequence from the 2003 musical comedy has resurfaced on social media this week after writer and animator Hamish Steele shared on Twitter why it “stuck with him as a child.”

“This scene is more revolutionary than I think they even knew,” Steele wrote in a tweet that has amassed more than 447,000 likes and counting. “Especially the last line.”

“Whenever I see fatphobia I think of this scene and it makes me feel better,” he added in a follow-up tweet. “If you like Jack Black, shut the f— up about people’s weight. It’s that simple.”

This scene is more revolutionary than I think they even knew and it really stuck with me as a child. Especially the last line. pic.twitter.com/KkhvGicjVZ

The cult-classic film, written by Mike White and directed by Richard Linklater, stars Black as a haphazard guitarist who poses as a substitute teacher at a local private school and recruits his young pupils to form a competitive rock band.

Right before a pivotal performance, the most talented singer in the class, Tomika, comes down with stage fright, telling her teacher she fears the crowd will laugh at her “because I’m fat.”

“Tomika … you’ve got something everybody wants. You’ve got talent, girl,” Black’s character tells her in the viral scene.

“You have an incredible voice, and I’m not just saying that. You heard of Aretha Franklin, right? She’s a big lady. But when she starts singing, she blows people’s minds. Everybody wants to party with Aretha! And you know who else has a weight issue? … Me. But once I get up onstage, start doing my thing, people worship me. Because I’m sexy! And chubby, man.”

When Tomika asks why her teacher isn’t “on a diet,” he simply responds, “Because I like to eat. Is that such a crime?”

The touching exchange lasts about 43 seconds, but its impact on children who saw themselves in Tomika is immeasurable, as evidenced by the ongoing emotional response to Steele’s tweet.

“As a chubby kid, I remember watching this scene and replaying it over and over,” wrote one person. “I felt … seen. Jack Black spoke to every single kid and person that has been bullied because of their weight. Legendary behavior.”

“Jack black did more for my body image issues growing up as a fat girl than my mother or any other adult ever did,” tweeted another.

Even Hassan, who portrayed Tomika in “School of Rock” and is now a musician who performs under the name Mayhrenate, joined the conversation, saying she is “glad to have played a part in such an important moment/scene.” (Her latest EP, “Plush,” came out earlier this year.)

“As a child I didn’t realize the fullll impact of the scene but it definitely hits different today,” Hassan wrote Sunday in a tweet that has racked up more than 223,000 likes. In the replies, she confirmed that Black is indeed “cool and lovely” in real life and teased a potential “School of Rock” reunion approaching the film’s 20th anniversary.

“School of Rock” is available to stream on Hulu with a premium subscription and via video-on-demand. See more reactions to Black’s moving monologue below.

As a child I didn’t realize the fullll impact of the scene but it definitely hits different today. Glad to have played a part in such an important moment/scene 💕✨ https://t.co/o4BpUChapj

my favorite part about this scene is that he never says “you’re not fat”
you can be fat and beautiful and smart and successful and happy. I wish more people said that than “you’re not fat” https://t.co/NxNobThb9C

This has been one of my favorite movies since it came out. Still is. Loved it even more after I became a teacher and realized, actually, Jack Black’s character is a GREAT teacher. https://t.co/mbkN0VRT56

I used to cry because of this! it was so important for young black plus sized girls! I felt so seen https://t.co/MhvgkGjltE

Jack Black is one of the few famous people that I not only crush on, but identify with. This scene from School of Rock is basically my life’s motto. (I mean, if you incorporate “really fun” in your definition of “sexy,” which I do.) https://t.co/7yAfcNAaB8

Honestly one of my favourites. I don’t know how many times of watched this movie. https://t.co/9G7eW11sQt

I know this scene word for word. Such an impactful statement for me as a child, I’d never heard anyone say anything like this before. https://t.co/NCQT48Fp9t

i wonder if people realize just how long and how dear fat people will hold any movie that actually portrayed fat characters as human. even just one moment where they are the center of attention/love interest/center of praise can alter your entire worldview as a fat kid. https://t.co/SVIbpEjir2

Literally makes me cry, the irony that he’s not a “teacher” but this is a better response than a lot teachers know how to give https://t.co/Q3LK0nxjro