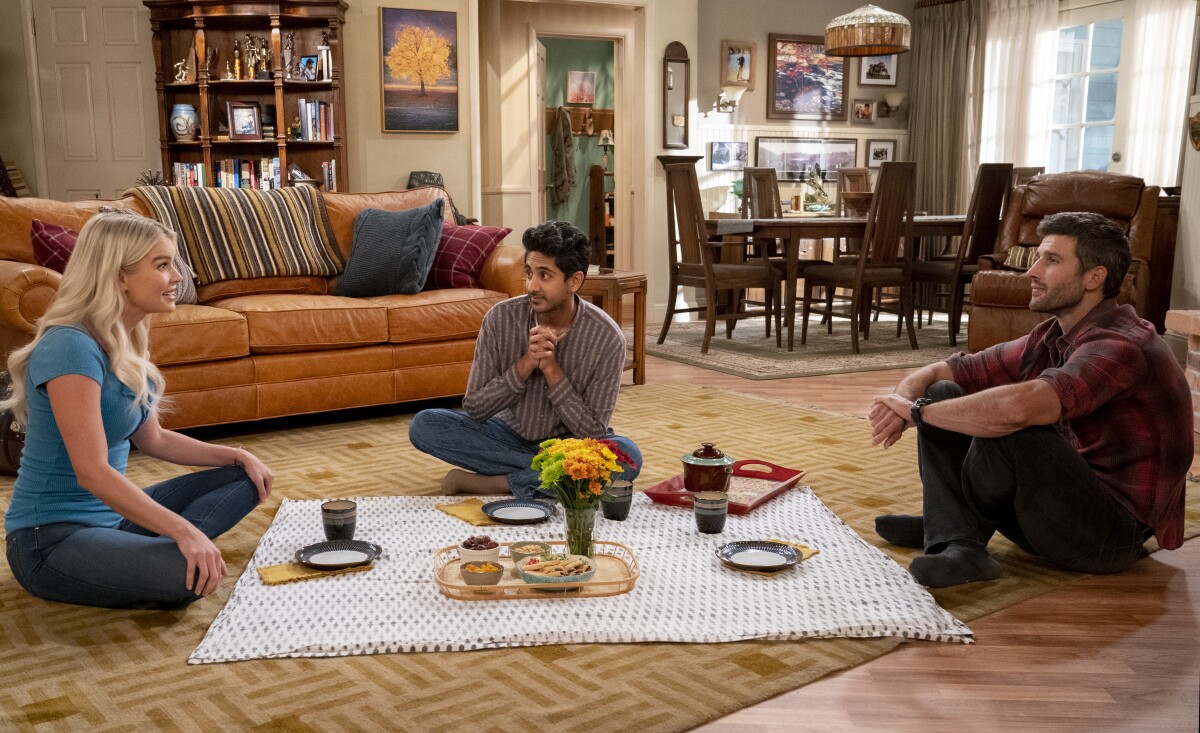 You could have set a watch to the negative reaction around Chuck Lorre‘s new CBS sitcom, “The United States of Al,” when a 30-second teaser dropped last week ahead of the show’s premiere on Thursday.

Criticisms popped up immediately on Twitter, lamenting the series’ use of well-worn tropes in depictions of Middle Easterners, South Asians and Muslims on TV: The brown, Afghan lead character is a damaging stereotype. A non-Afghan actor is playing an Afghan. There’s only one brown person in the trailer. And oh no, here we go with another “white savior” narrative.

The irony: The multi-camera sitcom is the most mainstream effort so far among the handful of comedies (“Ramy,” “Master of None,” “Patriot Act with Hasan Minhaj” ) that feature folks from largely Muslim regions or Muslim family backgrounds. The four episodes of “United States of Al” made available for review are many things — funny, goofy, corny, sometimes entertaining and sometimes uneven — but they’re hardly in line with the offensive tropes of “24,” “Homeland” or “Wonder Woman: 1984.”

The series follows veteran Riley (Parker Young) and his brother-in-arms, Afghan interpreter Awalmir, or Al (Adhir Kalyan). The men served alongside each other against the Taliban. Now Al has made his way to the U.S. with Riley’s help and both are living in Riley’s father’s Ohio home, trying to carve out their new, postwar lives. They are an odd couple: Al is hyper-competent and unapologetically dorky while Riley is goodhearted and less ambitious, presenting like a hunky male model. Each is the yin to the other’s yang, helping and annoying each other. But their perilous time on the battlefield is nothing compared to the tightrope these characters walk between cancel culture and mainstream comedy.

The negative reaction to “United States of Al” illustrates the minefield that exists around good-intentioned efforts to diversify scripted television. The complaints around the show’s teaser are understandable and almost Pavlovian thanks to years of terribly racist portrayals of Pakistanis, Iraqis, Iranians or folks from any other region the U.S. has invaded, manned deadly drones or labeled a player in the Axis of Evil.

The premature backlash around “United States of Al” may be just as damaging to future representations of Muslims on TV as the old Omar the Terrorist tropes. Lambasting of the show before it even airs sends a message to networks that they can’t win with stories about Afghans or Syrians or whoever faces Mecca to pray, no matter how much thought or effort they put into “getting it right.”

Created and written by David Goetsch and Maria Ferrari, who executive produce the show with Reza Aslan and Mahyad Tousi, the show features five Afghan characters, four of whom are played by Afghans. The production employed four Afghan writers and producers to help steer the narrative and actor Adhir, who is South Asian and grew up in South Africa.

Jokes about America’s involvement overseas abound, as do cracks about how little Al had back home as a child compared to Riley’s daughter, Hazel (Farrah Mackenzie). He played soccer with a rock or something, comments Riley’s family, who include his father (Dean Norris), who is himself a veteran; his sister Lizzie (Elizabeth Alderfer), who lost her fiancé in the line of duty; and his young daughter. Riley recently separated from his wife Vanessa (Kelli Goss).

Al’s conundrums and bouts of culture shock revolve around things like Americans’ disrespect for their elders, wearing one’s outside shoes into the house and women donning shorts in public, comic moments that feed off stereotypes in order to lampoon those blanket generalizations. He is the conscience of the story, and the clown and the heart.

“United States of Al” is not a breakthrough masterpiece, but it is a step toward mainstreaming Middle Eastern and Muslim narratives. There’s plenty to interpret as offensive if that’s what you’re looking for but when turned another way, these moments are an effort to let the air out of long-standing tropes. Whether the show succeeds or not is yet to be seen, but it’s worth giving it a chance beyond a 30-second trailer.

Where: CBS
When: 8:30 p.m. Thursday
Rating: TV-PG (may be unsuitable for young children)