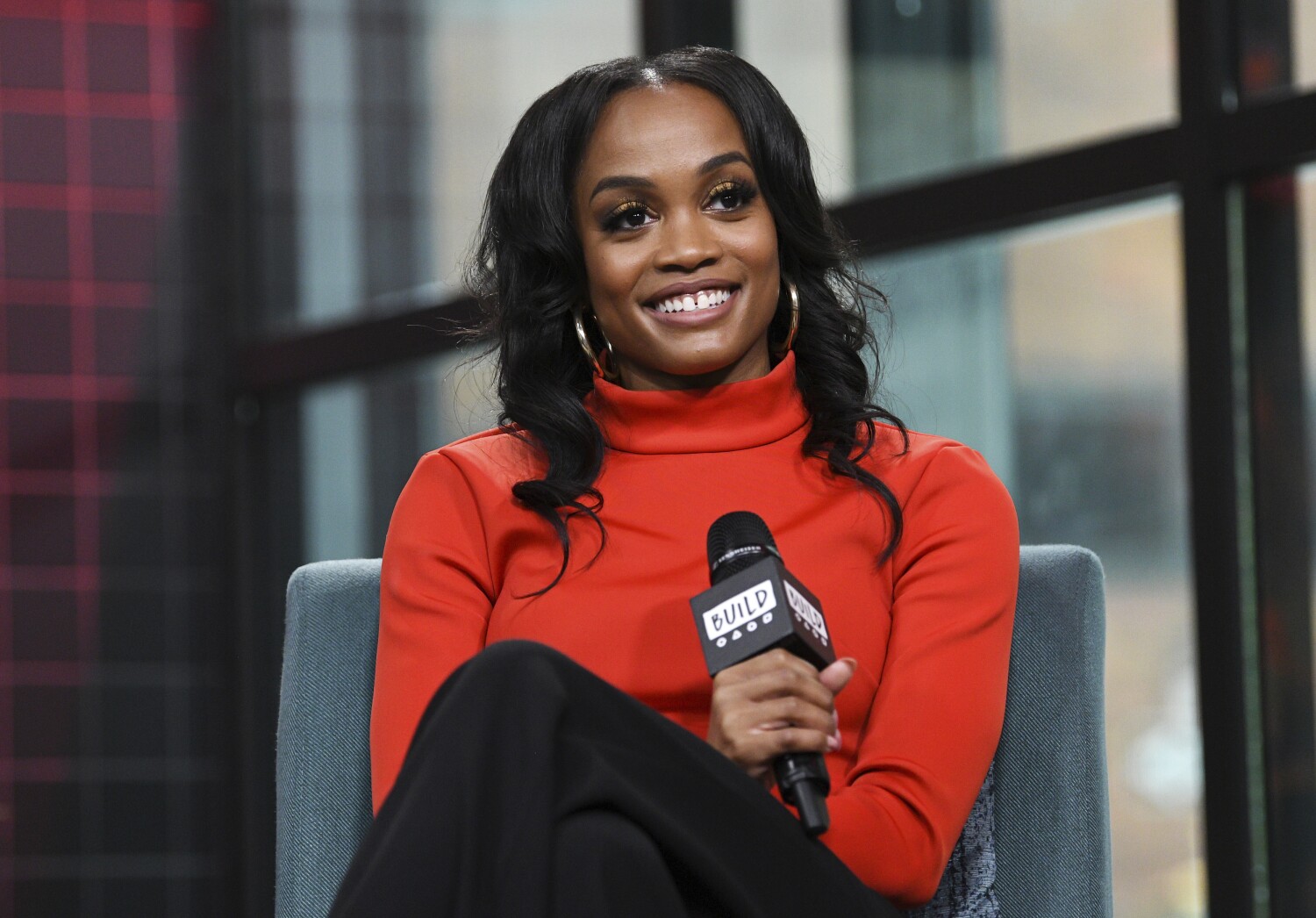 Rachel Lindsay, ABC’s 2017 “Bachelorette,” is leaving the “Bachelor Happy Hour” podcast that she has cohosted since July 2019, first with fellow alum Ali Fedotowsky and then with Becca Kufrin.

“All good things must come to an end and … I have run my course when it comes to the podcast,” the franchise’s first Black female lead said on Tuesday’s podcast, the first part of a two-parter that will cap her 100-episode run next week. She characterized the move as “stepping away,” not completely ruling out a future appearance.

“We started off this podcast talking about how much fun it is, and it is, and the community that we’ve started, and we’re already here with the 100 episodes and I’m proud of it and what it’s become …,” Lindsay told Kufrin, praising her for taking over Fedotowsky’s part without missing a beat.

“For me, I’ve been struggling. That’s no secret. And it’s been really, really hard for me lately. And a lot of things that we talk about on this podcast are also about taking care of yourself and finding your peace and protecting, protecting that peace and protecting your mental health. So, for me, I just feel like I’ve come to the end of doing the podcast, and I’m glad I’m leaving on a high note.”

Lindsay’s franchise-related stress peaked earlier this year when “The Bachelor” — in its first season with a Black male lead, 29-year-old Matt James — got caught up in a firestorm involving racism, online abuse and questions about the future of besieged “Bachelor” host Chris Harrison.

The 36-year-old Lindsay, who is also an attorney and a correspondent for the show “Extra,” was attacked online with racial slurs after her contentious interview with Harrison that touched on allegations of racist behavior by contestant Rachael Kirkconnell.

Lindsay wound up having to shut down her social media for a couple of months due to backlash. It wasn’t the first time she had weathered such attacks, which were common while her season was airing.

During the interview, Harrison didn’t fully condemn Kirkconnell for her attendance at an antebellum South-themed college party in 2018 and allegations that she “liked” racially insensitive social media posts, instead calling for “a little grace, a little understanding.” He later apologized and was subsequently relieved of his “After the Final Rose” hosting duties.

Former contestants Tayshia Adams and Kaitlyn Bristowe will replace Harrison as hosts of the upcoming season of “The Bachelorette,” which premieres in June with Katie Thurston as the lead.

Lindsay has since accepted Harrison’s apology. James ultimately selected the 24-year-old Kirkconnell in “The Bachelor” finale. He later called the situation “devastating and heartbreaking,” said the franchise had “fallen short” on dealing with issues of race and broke up with Kirkconnell before “After the Final Rose” aired.

But he announced Tuesday that he’s once again pursuing a relationship with her. Like Harrison, Kirkconnell also apologized for her behavior.

Lindsay, who married Miami chiropractor Bryan Abasolo in 2019 after meeting him on the show, also cohosts the Ringer’s “Higher Learning” podcast with reporter Van Lathan. It addresses issues in Black culture, politics and sports.

“You should never say never,” she said on “Bachelor Happy Hour,” one of three podcasts stemming from the dating-show franchise. “I’m definitely closing the door, but I’m not, like, locking it and throwing away the key. I just have to, for me, walk away.”