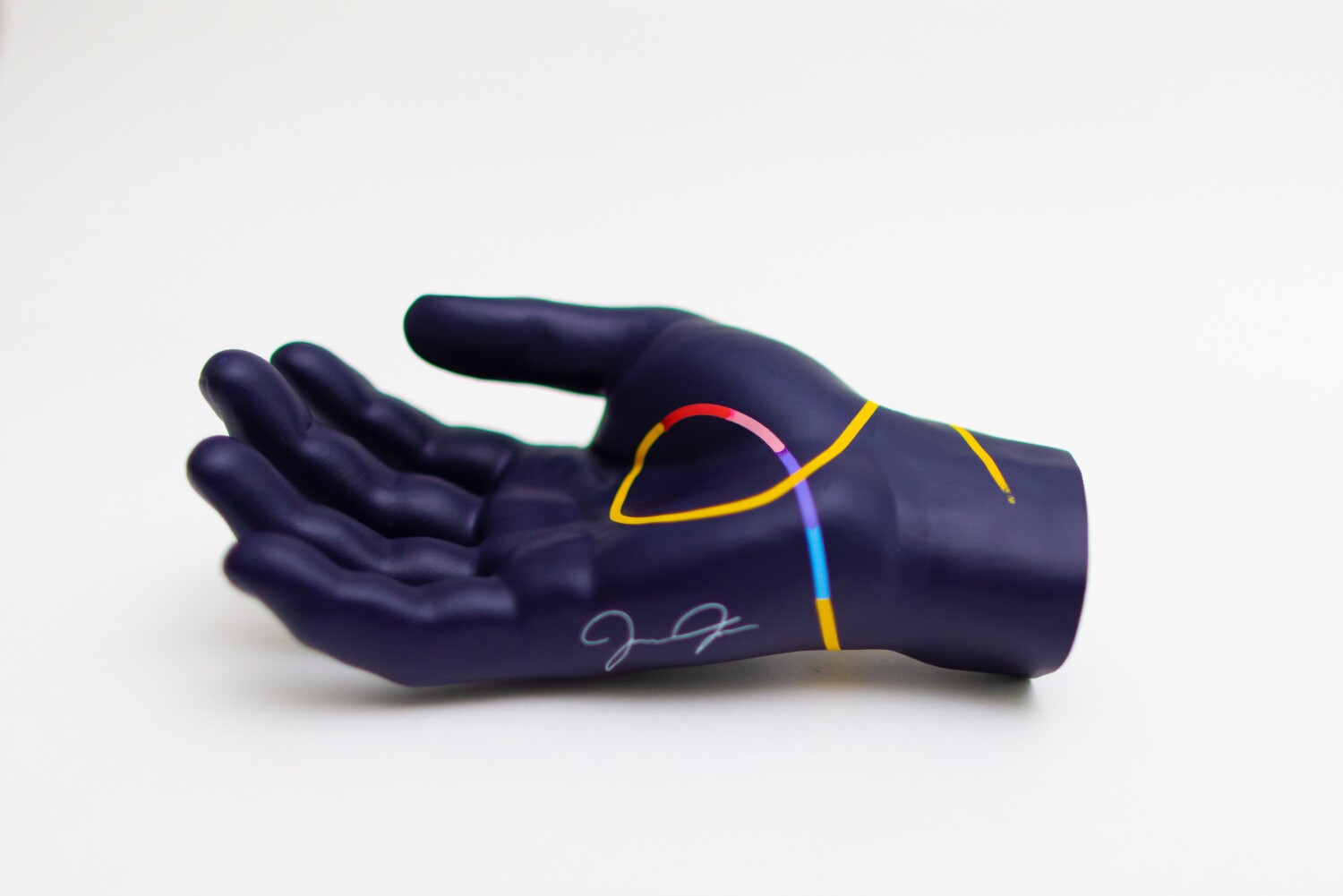 The Jonas Brothers member has partnered with travel agency Expedia to “lend a helping hand” to those who might need reassurance about pandemic travel. And how is he going to help? By giving away a 3D-printed replica of his hand to 250 people on a “first come, first serve” basis. You can fill out a form on Expedia’s site to be eligible.

In a video posted on social media Tuesday, the “Sucker” singer, 31, announced the collaboration.

“Joe Jonas here. I just wanted to say hello and I cannot wait to travel again. It’s going to be a lot of fun,” Jonas said in the video. “I loved partnering up with Expedia to be able to have a helping hand with your travel.”

The video showed viewers the process behind the creations: Jonas’ hand covered in dots to produce a computer-generated prototype followed by 3D printers creating the models. The results ended up being blue-colored hands decorated with the Expedia logo and the pop musician’s signature in white ink.

(If you’ve ever dreamed about holding Jonas’ hand, now is your chance. Though his wife, “Game of Thrones” star Sophie Turner, might not approve.)

“I need one of ur hand thingys. For my mantle. So iconic,” actor-singer Alexandra Shipp wrote in the comments of Jonas’ Instagram post.

“Hopefully traveling to a Jonas Brothers concert,” commented another fan.

“The design process was very collaborative between both Expedia and Joe — from choosing the final look and feel to deciding on what signature elements we could bring in to make this truly unique,” a rep for Expedia said in an email to The Times. “Every hand was individually painted with custom artwork, then numbered (by hand), and signed by Joe.”

The company said it chose Jonas for its campaign because of his experience with traveling.

“Joe Jonas is someone that has spent much of his life on the road – touring the world alongside his brothers and bandmates, playing in virtually every major city,” Expedia wrote.

“Traveling has always been a personal passion of Joe’s and not only is he eager to get back out there, but he understands travel is better when you have a companion to explore with.”

Musician and actor @JoeJonas has partnered with @Expedia to create 250 replicas of his right hand for their “Helping Hands” campaign. 👋✈️

Only on @CBSThisMorning, Joe discusses the partnership, fatherhood and developing a mental health foundation with wife Sophie Turner. pic.twitter.com/dq5CSFo2vK

In an interview with “CBS This Morning” on Tuesday, Jonas also described the idea as a “bit of a collaboration.”

“Who you travel with is so important, and for me, it’s usually with my brothers, family or friends,” Jonas told anchor Gayle King. “The way I think of it, it can sometimes be a little scary to get back out there now in a safe way, for all of us.”