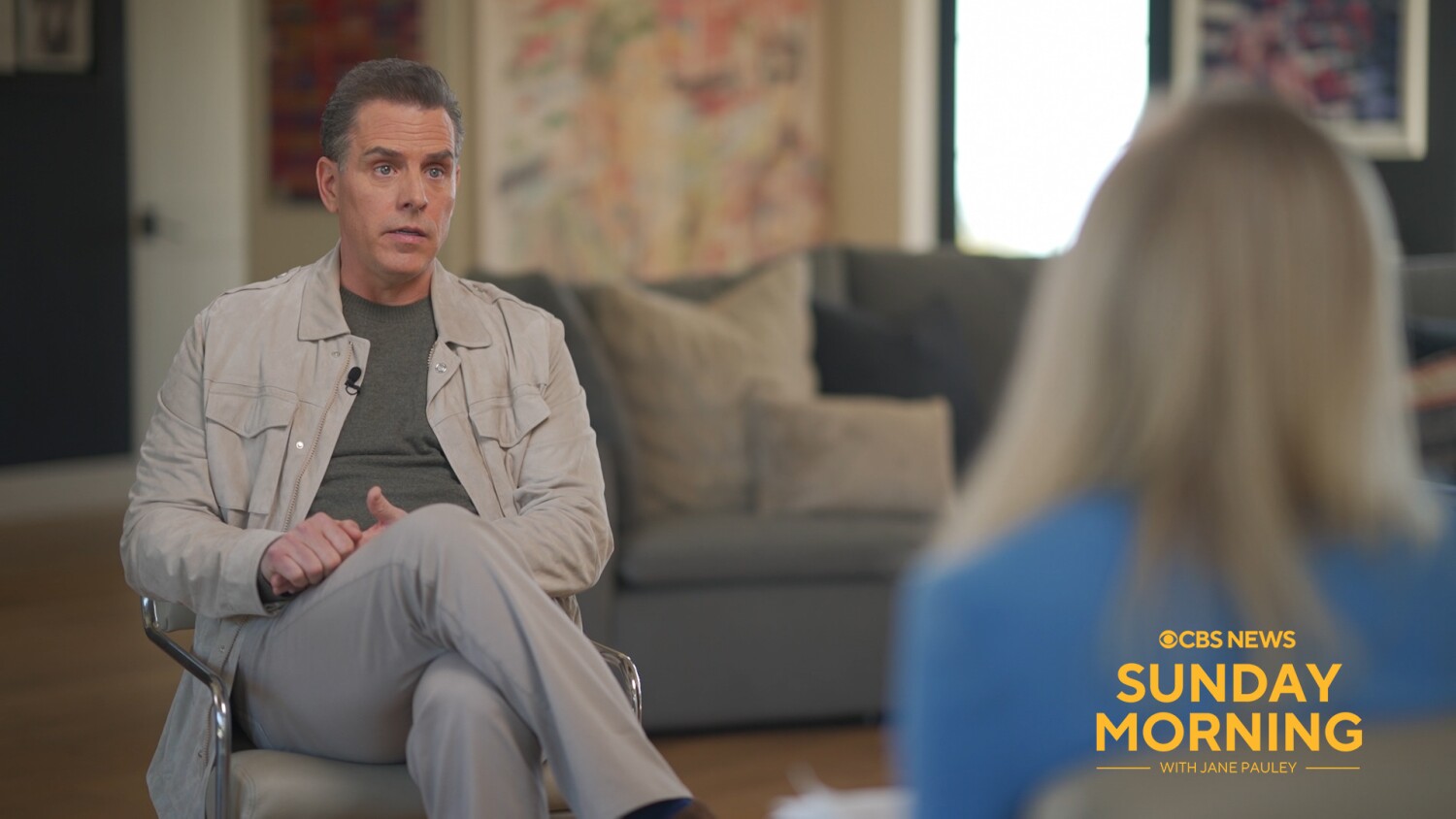 Hunter Biden, son of President Biden, will appear Sunday and Monday in interviews taped for CBS News. In the sit-downs, he will discuss his struggles with addiction, his relationship with his late brother’s widow, that notorious laptop and more, the network said Friday.

He sheds light on an intervention his family conducted ahead of the 2020 presidential election, aimed at getting him to kick addictions to alcohol and crack cocaine, which are revealed in his new book, “Beautiful Things.”

“I tried to go to my car. And my girls literally blocked the door to my car. Said, ‘Dad, Dad, please. You can’t. No, no.’ This was the hardest part of the book to write. And [my father] grabbed me in a hug. He grabbed me, gave a bear hug, and he said — and just cried and said, ‘I don’t know what to do. I don’t know what to do. Please,” Hunter Biden tells “CBS This Morning” co-host Anthony Mason, whose interview will air Monday.

“I thought, ‘I need to figure out a way to tell him that I’m going to do something so that I can go take another hit,’” Biden says. “It’s the only thing I could think. Literally. That’s how powerful. I don’t know of a force more powerful than my family’s love. Except addiction.”

In the sit-down with correspondent Tracy Smith that will air on “CBS Sunday Morning,” Biden deflects when asked whether a laptop that was reported on by the New York Post last October could belong to him. He says, “Of course, certainly,” but also throws out a host of alternative theories as to its provenance.

The story about the laptop, which allegedly contained emails detailing Hunter Biden’s business dealings in Ukraine and China and possible involvement with his family members, was notable in part because Facebook and Twitter cracked down on its dissemination in advance of the 2020 presidential election. Twitter CEO Jack Dorsey said at a March 25 congressional hearing that barring users from sharing the story was a “total mistake.”

The computer repairman who turned over the contents of the laptop’s hard drive to Trump attorney Rudy Giuliani said the machine was taken by the FBI in late 2019. The first son was notified in December that he was the subject of a federal investigation into his taxes.

While CBS promised that Biden would discuss his 2016 relationship with his late brother Beau’s widow, Hallie, it offered no advance excerpts. Beau Biden died of brain cancer in May 2015; Hunter and Kathleen Biden separated in 2015 and got divorced in 2017.