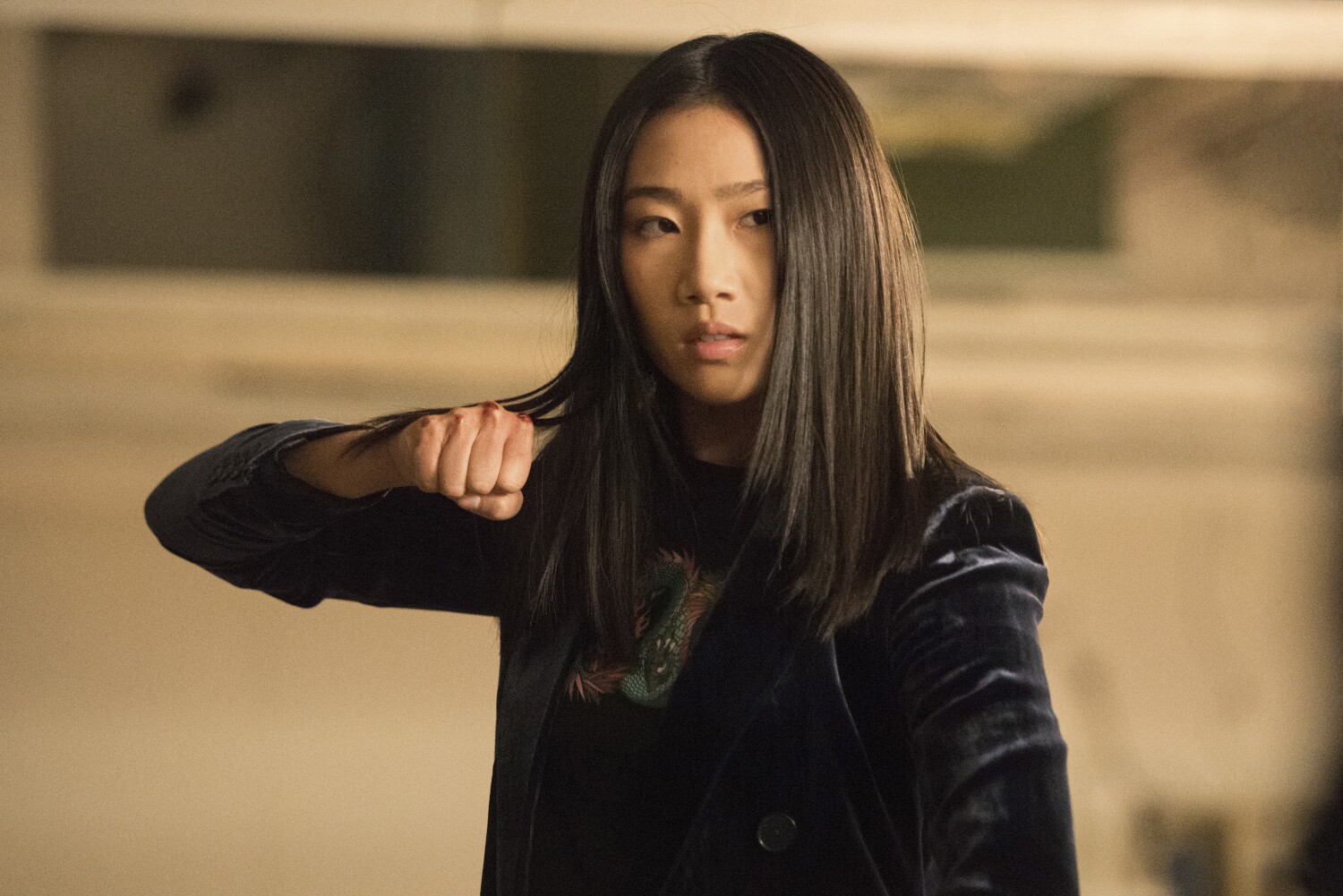 Helena Bonham Carter and other famous Brits recall how their forebears kept calm and carried on during WWII in the four-part series “My Grandparents’ War.” 8 p.m. KOCE

A Black mother takes in a pair of white foster kids in the TV movie “Color of Love.” With “Greenleaf’s” Deborah Joy Winans. 8 p.m. Lifetime

The back story of the nefarious Negan (Jeffrey Dean Morgan) is fleshed out further as “The Walking Dead” ends its penultimate season. 9 p.m. AMC

“Birdgirl” takes flight in this spinoff of the animated comedy “Harvey Birdman: Attorney at Law.” With the voice of Paget Brewster. Midnight, Adult Swim

It’s my way or the “Hemingway.” The two-fisted literary lion is remembered in this three-night docuseries from Ken Burns and Lynn Novick. 8 p.m. KOCE; also Tue.-Wed.

Willie Nelson, Miley Cyrus and Brandi Carlile are among the stars paying homage to a living country music legend in the special “Dolly Parton: A MusiCares Tribute.” Anytime, Netflix

They don’t know much about art but they know they like stealing it in the documentary “This Is a Robbery: The World’s Biggest Art Heist” about a still-unsolved 1990 burglary at Boston’s Gardner Museum. Anytime, Netflix

Comic Jamie Lee counsels six couples preparing for their trips down the aisle in the new reality series “The Wedding Coach.” Anytime, Netflix

The legend continues in a reboot of the classic 1970s series “Kung Fu.” Olivia Liang stars in this updated version set in present-day San Francisco. 8 p.m. The CW

The four-part series “Exterminate All the Brutes” surveys the ravages that European colonialism has visited upon Indigenous peoples around the world. Raoul Peck (“I Am Not Your Negro”) directs. 9 and 10 p.m. HBO; also Thu.

The “Queen of the South” still reigns as this telenovela-style crime drama starring Alice Braga returns for a fifth and final season. 10:05 p.m. USA

That decaying hospital in 1970s London is evil — evil, I tells ya! — in the 2021 thriller “The Power.” With Rose Williams. Anytime, Shudder

She’s a “Rebel” and she’ll never be any good. “Married … With Children’s” Katey Sagal stars as an Erin Brockovich-type crusader in this new legal drama. 10 p.m. ABC

That’s easy for you to say: “Everything’s Gonna Be Okay” in a second season of this comedy drama starring Josh Thomas. 10 and 10:30 p.m. Freeform

A Black family is made to feel unwelcome in an otherwise all-white neighborhood in 1950s L.A. in the debut of the terror anthology “Them.” Anytime, Amazon Prime

The nerve of some people: The late neurologist and bestselling author Oliver Sacks is saluted on a new “American Masters.” 9 p.m. KOCE

She’ll try anything once in the star-studded unscripted series “Doing the Most With Phoebe Robinson.” 11 and 11:30 p.m. Comedy Central

Drew Barrymore pulls double duty as a jaded movie star and her on-set doppelgänger in the 2020 showbiz satire “The Stand In.” Anytime, Netflix

Meet “The New Mutants,” not the same as the old mutants, in this ill-fated 2020 “X-Men” spinoff. Maisie Williams (“Game of Thrones”) and Anya Taylor-Joy (“The Queen’s Gambit”) costar. 8 p.m. HBO

Thou shalt not, but she does anyway in the TV movie “Lust: A Seven Deadly Sins Story.” With Keri Hilson. 8 p.m. Lifetime

A matchmaker meets her match at a matchmaking festival in Ireland in the TV movie “As Luck Would Have It.” With JoAnna Garcia Swisher. 9 p.m. Hallmark Channel