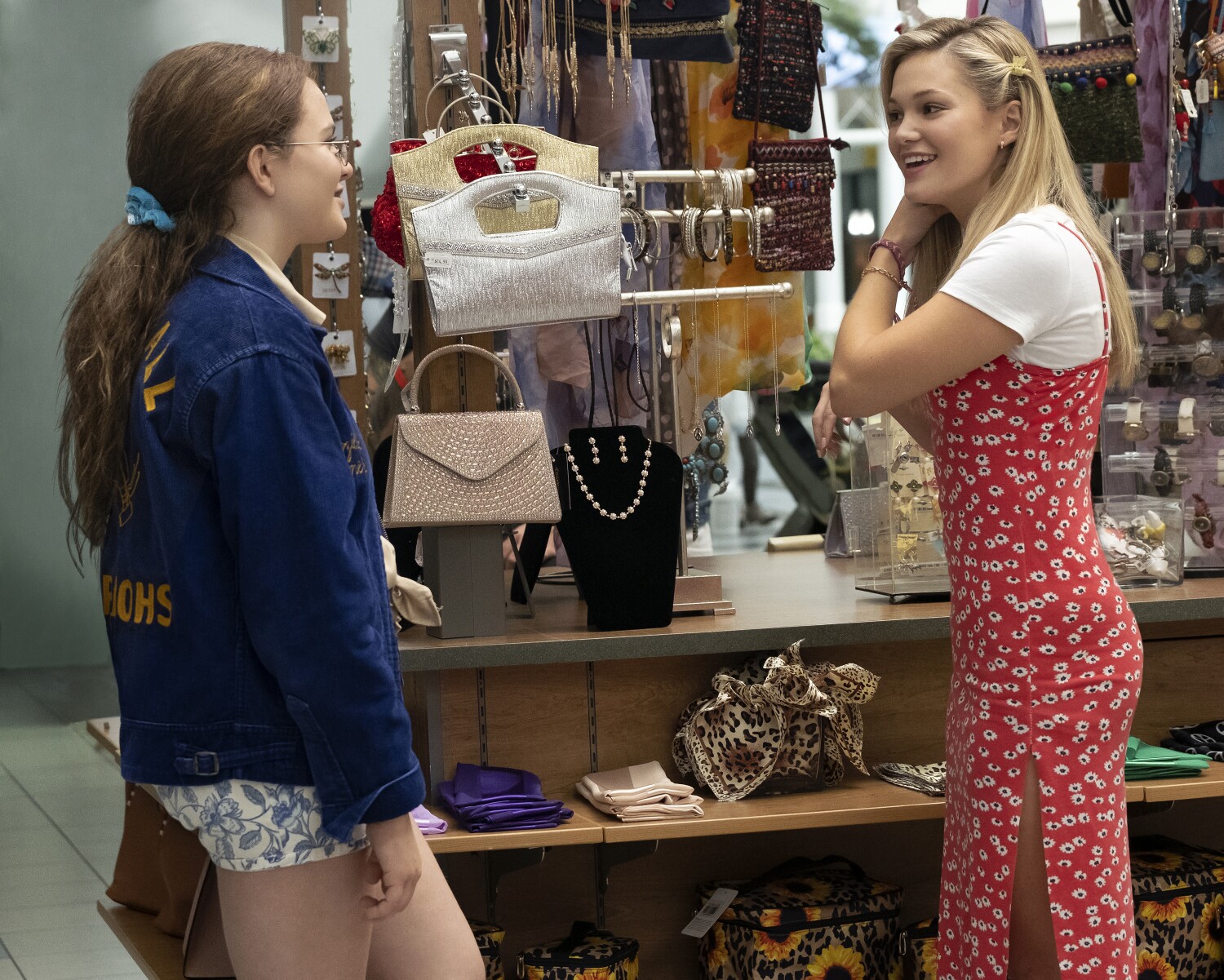 Former President Barack Obama and First Lady Michelle Obama, Dr. Anthony Fauci, Matthew McConaughey and “Hamilton’s” Lin-Manuel Miranda ask that you kindly “Roll Up Your Sleeves” and get your COVID-19 vaccination if you haven’t already in this special. 7 p.m. NBC

Frumious Bandersnatch — sorry, we mean Benedict Cumberbatch — lends his voice to a new episode of “The Simpsons.” 8 p.m. Fox

Kristin Scott Thomas (“The English Patient”) salutes her grandfather’s service in the Royal Navy during WWII on a new episode of “My Grandparents’ War.” 8 p.m. KOCE

Hell yeah! Pro wrestling’s “Stone Cold” Steve Austin is profiled on a new “Biography,” followed by the debut of the memorabilia-seeking series “WWE’s Most Wanted Treasures” hosted by Mick Foley. 8 and 10 p.m. A&E

An obstetrician has reservations about one of her residents in the TV movie “Revenge Delivered.” With Olunike Adeliyi and Mary Antonini. 8 p.m. Lifetime

I scream, you scream, we all scream for you know what on the season finale of “The Food That Built America.” 9 p.m. Food Network

The doctor is in for romantic partners currently on the outs in a second season of the docuseries “Couples Therapy.” With Dr. Orna Guralnik. 10 and 10:30 p.m. Showtime

We’re off to see the author, the author of “The Wonderful Wizard of Oz” in a profile of L. Frank Baum on “American Experience.” 9 p.m. KOCE

Some of the stars of “Love & Hip Hop” reconvene for a “VH1 Couples Retreat” in this new reality series. 9 p.m. VH1

Sweet 16! The irreverent animated sitcom “American Dad” is back for a 16th season. 10 p.m. TBS

Whither Bigfoot? An investigative journalist is desperately seeking “Sasquatch” somewhere in the forests of Northern California in this docuseries. Anytime, Hulu

It’s a cruel, “Cruel Summer” for a social outcast suspected in the disappearance of the local teen queen supreme in this new mystery drama set in 1990s Texas. With Chiara Aurelia and Olivia Holt. 9 and 10 p.m. Freeform

They’re in for a penny, in for impound in “Hustle & Tow,” a new unscripted series that tags along with tow-truck drivers around the country. 10 and 10:30 p.m. A&E

Have snorkel, will travel: “Nature” goes swimming with the “Sharks of Hawaii” then a new “Nova” charts efforts to protect the world’s endangered coral reefs. 8 and 9 p.m. KOCE

The “PBS NewsHour” special “Critical Care: America vs. the World” compares and contrasts the costs and the quality of healthcare at home and abroad. 10 p.m. KOCE

Past participants get a second chance at romance in the new spinoff “Married at First Sight: Unmatchables.” 10 p.m. Lifetime

Faith and begorrah! A road construction crew runs afoul of an ancient Irish vampire in the 2020 thriller “Boys From County Hell.” Anytime, Shudder

A pop music icon helps a pitiable pachyderm in Pakistan pack his trunk and pull up stakes for a nature preserve in Cambodia in the documentary “Cher & the Loneliest Elephant.” Anytime, Paramount+

As falls Rutherford, so falls “Rutherford Falls.” Ed Helms (“The Office”) plays a resident of the quaint little burg that bears his family’s name in this new sitcom. Anytime, Peacock

Three’s company but four’s a crowd for the crew of a spacecraft bound for Mars in the 2021 sci-fi thriller “Stowaway.” With Anna Kendrick, Daniel Dae Kim and Toni Collette. Anytime, Netflix

“SNL’s” Melissa Villaseñor is mistress of ceremonies for the “2021 Film Independent Spirit Awards,” which will now be handing out the hardware to TV shows as well as movies. 7 p.m. IFC

The three-part special “Greta Thunberg: A Year to Change the World” follows the teen activist from Sweden on her global quest to sound the alarm about climate change. 8, 9 and 10 p.m. KOCE

Street magicians serve up illusions with a side of pranks in the new hidden-camera series “Big Trick Energy.” 10:30 p.m. truTV

Finish him! A failed martial-arts franchise based on a classic video game gets a reboot in the 2021 action flick “Mortal Kombat.” With Lewis Tan and Jessica McNamee. Anytime, HBO Max

A teenage orphan/mapmaker faces down the forces of darkness in the lavish fantasy series “Shadow and Bone,” based on Leigh Bardugo’s Grisha YA trilogy. Jessie Mei Li stars. Anytime, Netflix

All hail! A new queen will be crowned as the reality competition “RuPaul’s Drag Race” sashays away from its 13th season. 8 p.m. VH1

Gabrielle Union and “Insecure’s” Issa Rae are among the guest stars who’ll be joining the shenanigans in a second season of “A Black Lady Sketch Show.” 11 p.m. HBO

An unsuspecting woman gets caught up in a potentially fatal sibling rivalry in the TV movie “My Father’s Other Family.” With Kimberly-Sue Murray and Hannah Anderson. 8 p.m. Lifetime