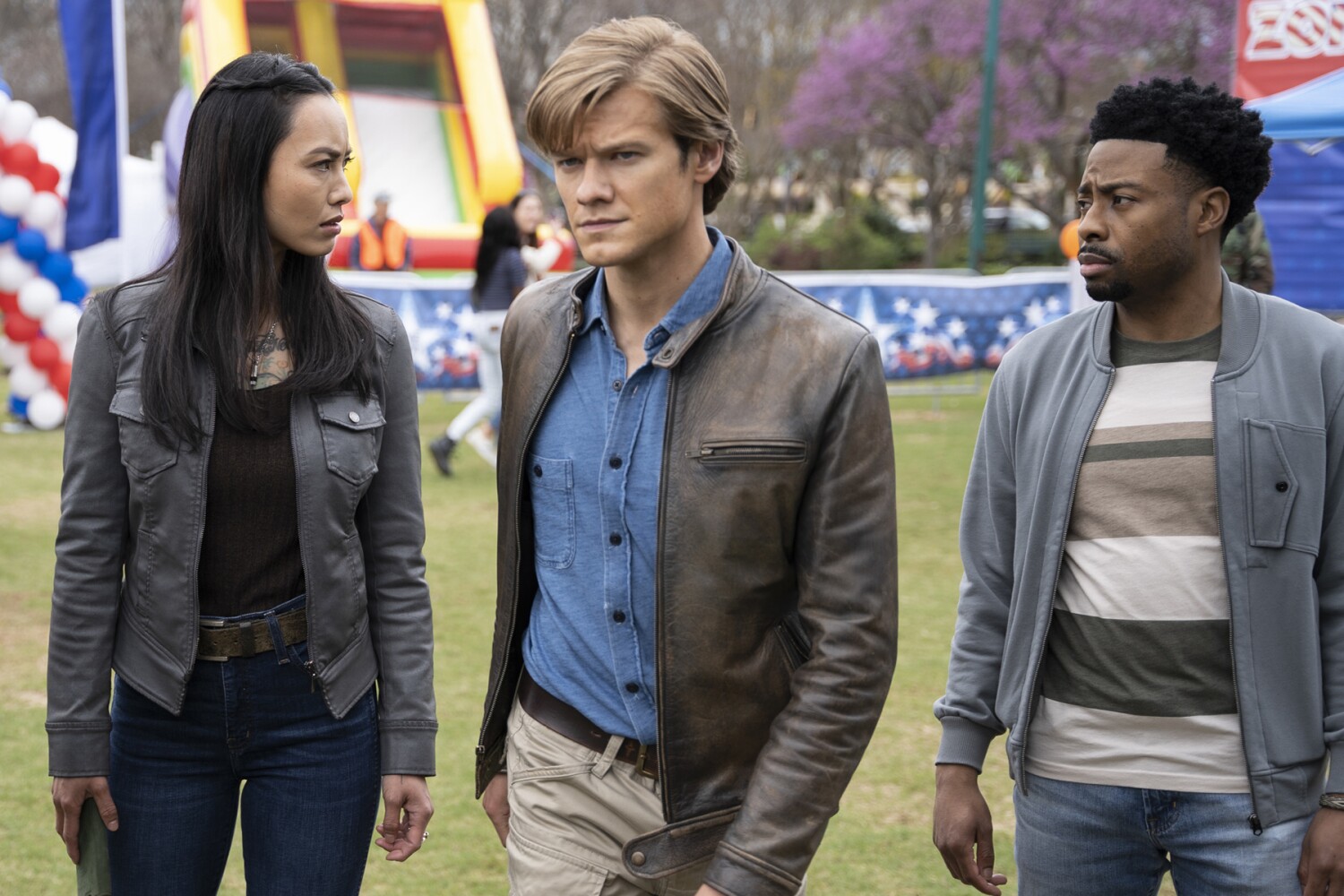 During the coronavirus crisis, the Los Angeles Times is making some temporary changes to our print sections. The prime-time TV grid is on hiatus in print but an expanded version is available in your daily Times eNewspaper. You can find a printable PDF online at: latimes.com/whats-on-tv.

MacGyver Mac and Riley (Lucas Till, Tristin Mays) go missing and wake up 24 hours later in a cornfield with no idea what happened or how they got there in the final episode of the rebooted adventure series. Justin Hires, Meredith Eaton, Levy Tran and Henry Ian Cusick also star. 8 p.m. CBS

Magnum P.I. Magnum (Jay Hernandez) learns something shocking about his mother from her brother (Steven Michael Quezada). Also, TC (Stephen Hill) realizes he may have witnessed a homicide from his helicopter and asks Higgins (Perdita Weeks) for help. 9 p.m. CBS

Blue Bloods Jamie (Will Estes) faces an official reprimand from Frank (Tom Selleck) for refusing to explain why he contests the arrest report of a fellow officer who was assaulted in the field. 10 p.m. CBS

Cursed Films This new episode recalls the 1973 release of director William Friedkin’s spooky thriller “The Exorcist,” which was surrounded by controversy including reports of fainting theater-goers and mysterious on-set accidents. 11 p.m. AMC