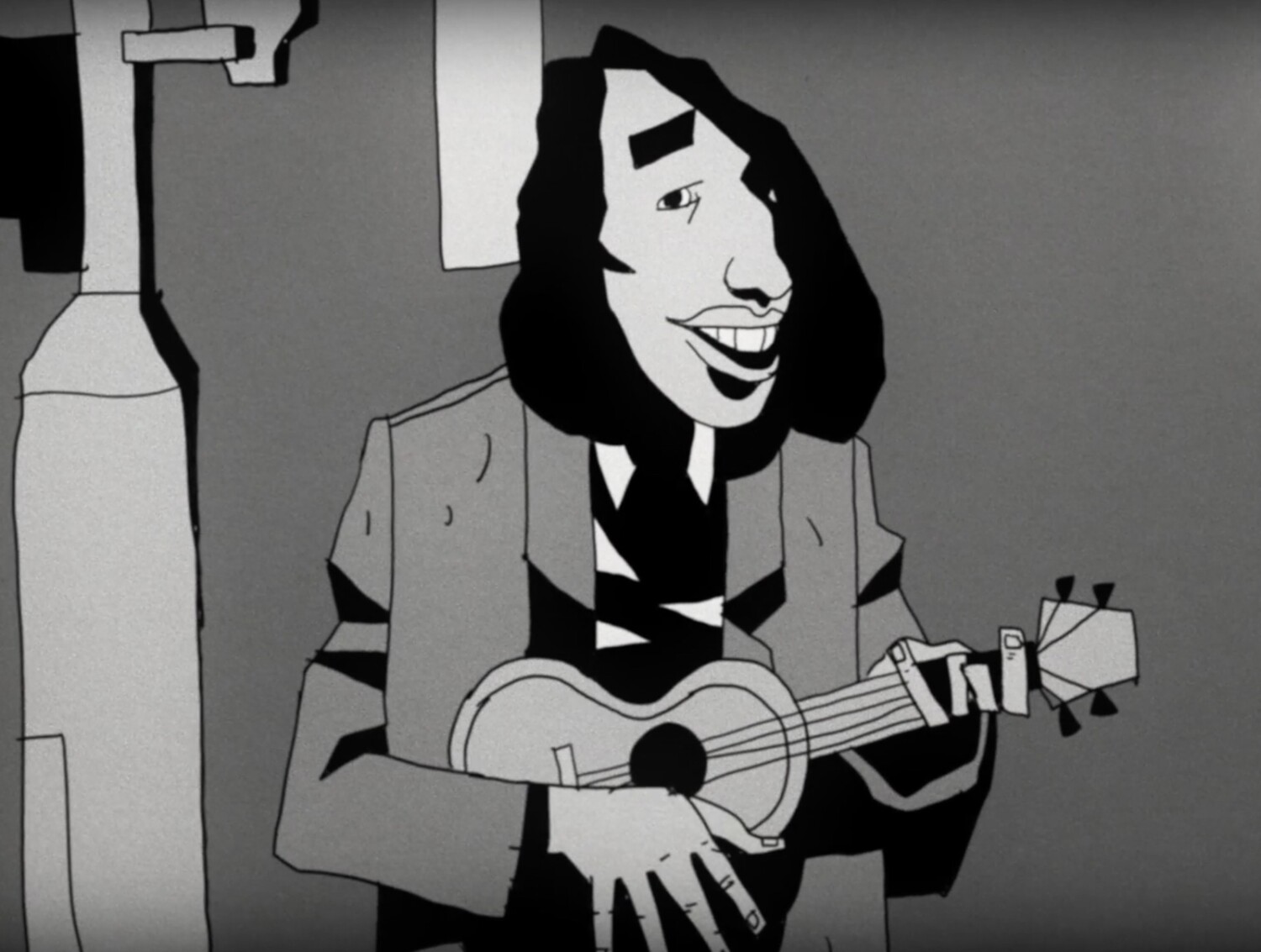 For a few years in the late 1960s, the performance artist Herbert Khaury — known professionally as Tiny Tim — was ubiquitous on television, appearing on just about every variety show and talk show. With his trilling voice, his long hair, his wild grin, his dandyish affect and his passion for vintage vaudeville songs, he was like nothing on TV.

But did his millions of fans really “get” him? Treated by many as a joke — or a freak — Tiny Tim was essentially a cult act who accidentally became a sensation.

Johan von Sydow’s documentary “Tiny Tim: King for a Day” zips through Khaury’s story in just over an hour, leaving out too much to be called comprehensive. Von Sydow touches briefly on his subject’s childhood in New York City, then skims too quickly over his early years as a performer, when he gigged at low-rent circuses and shady burlesque houses before getting discovered in avant-garde folk clubs — where both the psychedelic explorers and the neo-traditionalists found him captivating.

Instead, the director takes advantage of the wealth of footage from Tiny Tim’s TV heyday. The rocket ride to stardom began in early 1968 on the hip sketch show “Laugh-In,” where Tiny Tim sang “Tiptoe Through the Tulips” while strumming a ukulele. He peaked in late 1969, when his wedding on “The Tonight Show” drew 40 million viewers. He then continued to pop up on the tube until his death in 1996, but often framed in a, “Hey, remember this guy?” way, rather than as, “Here’s the superstar you’ve all been waiting for.”

Yet what “King for a Day” makes clear is that there was more to Tiny Tim than just one novelty hit and a willingness to look weird. During those dozens of TV spots, he sang in a mesmerizing variety of voices and styles, reviving forgotten pieces of early 20th century showbiz for a few truly magical moments.

This documentary could’ve used more scholarly insight into where Tiny Tim’s work fits into both the outsider art and archivist movements. Von Sydow also has a hard time pinning down Khaury’s personal life, which seemed to involve some degree of sexual fluidity and torturous religious guilt.

But from the Tiny Tim diary excerpts (read by “Weird Al” Yankovic) to the sometimes startling video of the former star eking out a living in his later years, “King for a Day” is never less than riveting. Seeing Tiny Tim for a few seconds in a “Laugh-In” or “Tonight Show” retrospective makes him look like an inexplicable oddity. Watching him for 75 minutes should leave audiences wanting more.

Playing: available April 23 in limited release where theaters are open