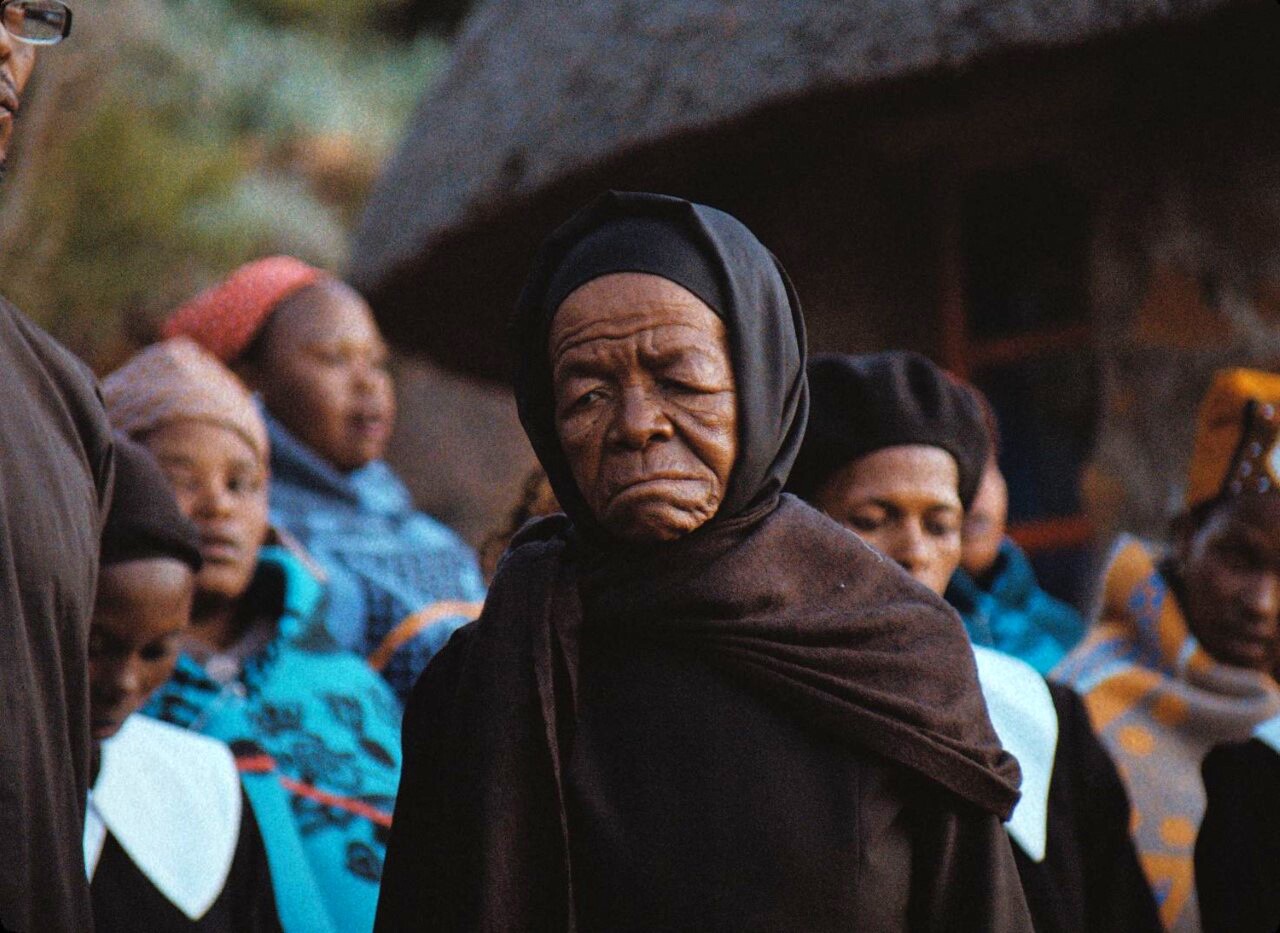 The small South Africa-surrounded nation of Lesotho made its first submission ever for the best international feature Oscar this year. It’s a shame, though, that space wasn’t made for native son Lemohang Jeremiah Mosese’s poetic and painterly, personal and political “This Is Not a Burial, It’s a Resurrection,” a Sundance jury award winner last year, among the final five nominees.

Introduced first to a lesiba-playing storyteller figure hunkered in a dimly lit club, solemnly narrating as if into a void, we are transported to a small Lesotho Highlands village where octogenarian widow Mantoa (Mary Twala Mhlongo) is in heavy-lidded mourning over the death of her last living relative, a grown son who’s been working in South Africa’s gold mines.

But with the village’s imminent displacement for a dam project that will flood homes and their ancestral graveyard, requiring relocation to the big city, Mantoa turns her extended grief — she won’t remove her black mourning dress, for one thing — into civic defiance at the obliterating of tradition. In loudly proclaiming her wish to plan her own funeral, she stirs the community to consider the spiritual cost of “progress” dictated by outsiders.

Forced evictions to meet South Africa’s water needs are an ongoing controversy in Mosese’s homeland. But in the supple artistry of his and cinematographer Pierre de Villiers’ square-shaped images — as respectful of the wonder of horizon and sky as the people and earthiness closer in the frame — we get something devotional about resilience in the face of disruption. The sound design and Yu Miyashita’s score are also hypnotic companions.

It’s hard to imagine what “This Is Not a Burial” would be, however, without the striking presence of veteran Soweto-born actress Twala Mhlongo, who some may remember from a memorable appearance in Beyonce’s “Black Is King,” and who died last year at the age of 80. Her Mantoa is quite the final portrayal, embodying one African woman’s lifetime of love and sorrows while articulating the story’s more ambitious themes of death and rebirth with persuasive force. Her lined face, frail but steady stature, and admirable doggedness are this movie’s relief map of human endurance.

‘This Is Not a Burial, It’s a Resurrection’

In Sesotho with English subtitles