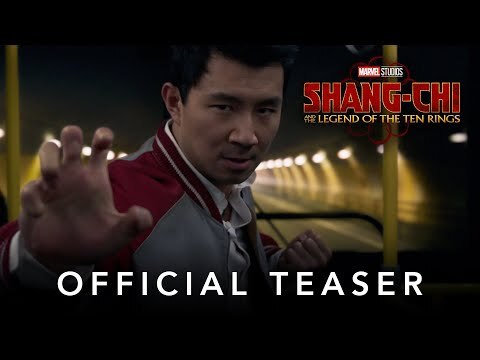 Filled with high-flying action, the first trailer for “Shang-Chi and the Legend of the Ten Rings” dropped Monday, just in time for the lead star’s birthday.

The teaser clip introduces the Marvel Cinematic Universe’s first superhero of Asian descent, as played by Liu, known for his work on the sitcom “Kim’s Convenience.” With a cast that includes Awkwafina and Tony Leung, “Shang-Chi” will also have an Asian-led filmmaking team behind it, including director Destin Daniel Cretton and screenwriter David Callaham.

“Shang-Chi” follows the titular superhero as he reckons with his past and present. The movie will introduce Leung as Wenwu, a new character created for the MCU.

Marvel Studios’ president, Kevin Feige, and the film’s producer, Jonathan Schwartz, explained in an interview with Entertainment Weekly that Wenwu has “gone by many names,” including the Mandarin. A villain pretending to be the Mandarin appeared in “Iron Man 3.”

Happy Birthday @SimuLiu! We hope you enjoy your birthday present.

Watch the brand-new teaser trailer for Marvel Studios’ #ShangChi and the Legend of the Ten Rings and experience it only in theaters September 3. pic.twitter.com/0kpGP0mdW2

Shang-Chi is based on a ’70s comic-book character called the Master of Kung Fu. In the comics, Shang-Chi’s father trains him in martial arts. He eventually gains formidable skills, all the while unraveling the truth behind his father’s intentions.

Early issues of the comic included racist stereotypes that “Shang-Chi” will correct to tell an authentic story about Asian identity, according to EW.

When “Shang-Chi” wrapped up filming in October, Cretton and Liu took to social media to celebrate the milestone, with Liu writing a message in the private Facebook group “Subtle Asian Traits” on the film’s impact.

“For all of those who hated us because of the color of our skin, or been made to feel less than because of it; NO MORE,” Liu wrote. “This is OUR movie, and it will be IMPOSSIBLE for Hollywood to ignore us after this.”

Fans celebrated the new trailer on social media Monday, noting its importance to the Asian and Asian American communities.

“i never really had an asian hero to admire growing up which made me feel insecure in my skin and ignored, especially as a child,” one fan tweeted.

Here’s what others are saying:

i don’t think people understand how big of a step these shang-chi and eternals will be for asian rep. i never really had an asian hero to admire growing up which made me feel insecure in my skin and ignored, especially as a child. my excitement for these films is beyond words pic.twitter.com/4H8kctnT38

you have no idea how long i’ve waited for this movie because having an all asian lead and the very first asian mcu film really means a lot to me. i absolutely cannot wait to see young asian kids running around with their shang-chi costumes and to be represented by this film

the all asian cast of Shang-Chi is really pulling my heartstrings like 😭😭 the representation.