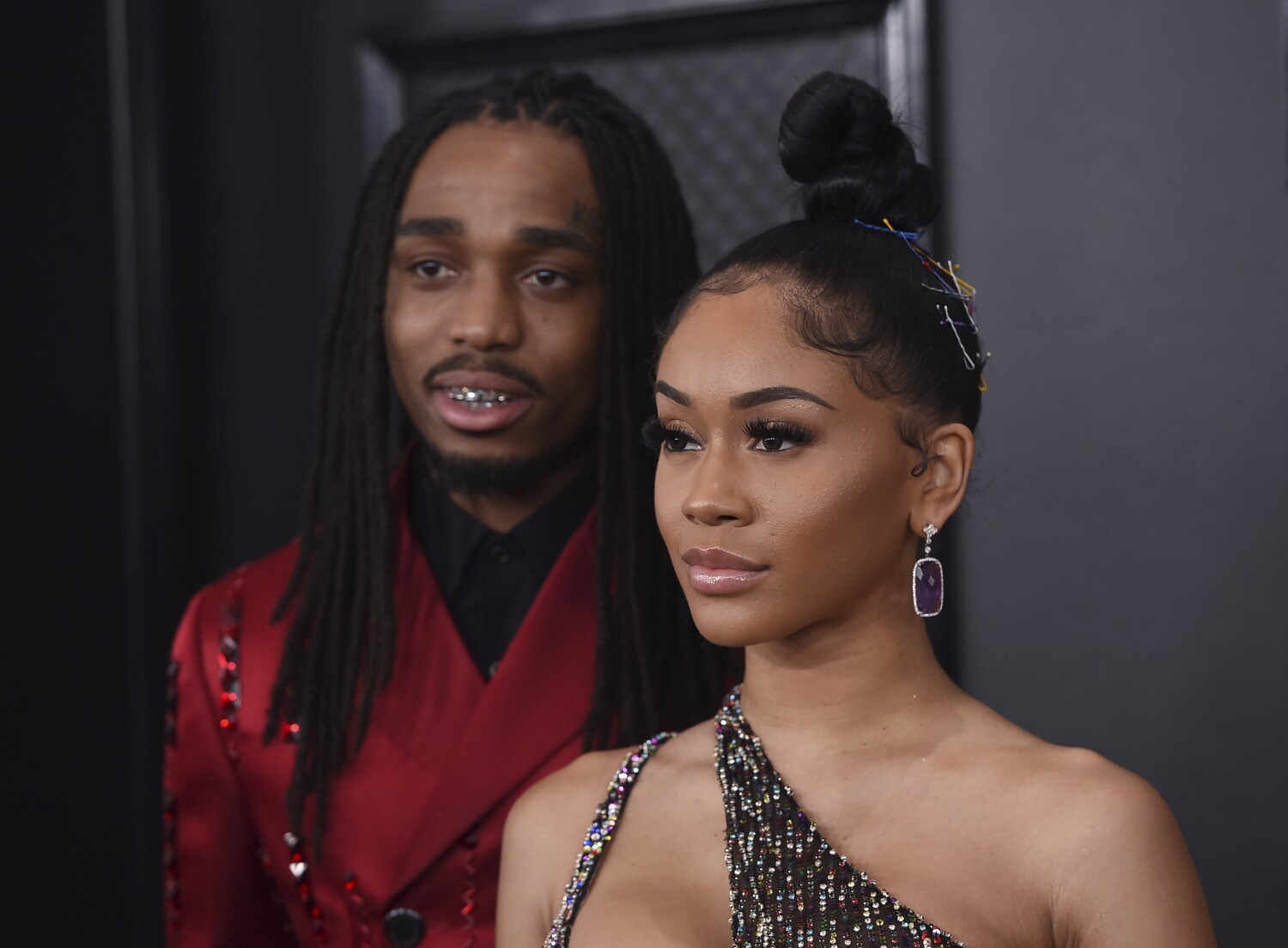 The message coming from rappers Saweetie and Quavo since a video surfaced showing the former couple in a physical altercation seems to be: Move along, nothing to see here.

Quavo described the 2020 fight to the website as an “unfortunate situation” and said he and Saweetie had both learned from it and moved on. “I haven’t physically abused Saweetie and have real gratitude for what we did share overall,” he said.

Saweetie, meanwhile, told TMZ that they had reconciled after the elevator incident but noted, “There were simply too many other hurdles to overcome in our relationship and we have both since moved on.”

In the altercation video, Saweetie is seen swinging at Quavo in front of the open elevator door. He comes back at her and pulls her into the elevator, then wrestles her to the floor. The two appear to be fighting over an orange case, which he keeps away from her as she remains on the floor. Quavo, who’s part of the hip-hop trio Migos, stands with his backpack and the case while Saweetie lies on the floor, almost out of camera range. He does nothing to help her up.

The elevator door closes and Quavo pushes a button, then the door opens on what appears to be a different floor. Though Quavo appears to move the bags to make room for a man outside, the guy doesn’t make a move as the former couple stays in the elevator and the door closes. Saweetie doesn’t get up even after the door opens again, and Quavo uses the orange case to block it open. Finally, she stands up and exits the elevator.

Quavo and Saweetie — real names Quavious Marshall, 30, and Diamonté Harper, 27 — started dating in 2018. On March 19, she announced on social media that she was single again and had suffered “too much betrayal and hurt behind the scenes.” He then called her out via Twitter for making their personal life public, adding, “I had love for you and disappointed you did all that. You are not the woman I thought you were. I wish you nothing but the best.”

The Los Angeles Police Department would not confirm a Wednesday report on TMZ that said officials are looking into what happened, but an officer said they had received “a lot of calls” about the video. Representatives for the artists did not respond to The Times’ request for comment.