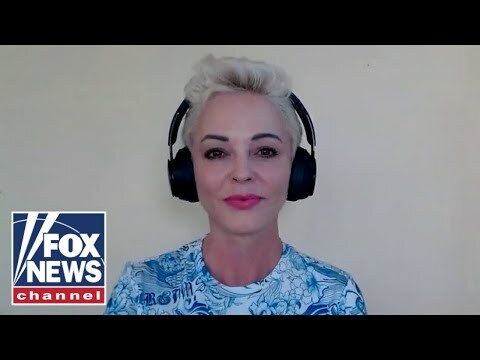 Rose McGowan says the Democratic Party is just as much of a cult as the one she was raised in.

Growing up with the Children of God “gave me the ability to see the control and the propaganda machine, especially in the U.S., for what it is and how it harms people,” the actor and activist said Monday on Fox News.

The “Brave” author called that ability a “superpower” that allowed her to see that the political left could harm people just as much as the right, if they ignore other aspects of reality. She said she no longer considered herself a Democrat. But she didn’t jump to the other side, either.

‘If you are serving a master that is not serving you, you are in a cult.’ Watch this before you judge me. https://t.co/S1PSUillbg thank you @heytammybruce for the intelligent conversation. Much appreciated.

“I am not here to make people feel bad about their political choices, but I am here to say that you might be in a cult too, if you don’t know the signs,” said McGowan, who played a key part in the #MeToo movement against convicted entertainment mogul Harvey Weinstein. “And I do believe Democrats most especially are in a deep cult that they really don’t know about and aren’t really aware of.”

“They’re against changing the world for the better and they’re for keeping a system in place that is for so few people and benefits so few,” she said of the Dems. “But they masquerade as the helpers.”

Democrats claim, “We would do this, the world would be perfect, if only those Republicans would get out of the way,” McGowan said. “OK, you’ve got control. So now what? What are you going to do to make the world better?”

McGowan described the #MeToo “media period” in 2017 and 2018 as painful for her and so many others, and said she was now embracing her life anew. She had settled with Weinstein years ago for six figures after he allegedly raped her in a hotel room in 1997, then spoke up against him in 2017, alleging that his team was trying to get her to sign a nondisclosure agreement in exchange for a seven-figure sum.

She told the New York Times she had her attorney pull out of those talks the day after multiple women spoke up against the producer, kicking off events that ended with Weinstein serving 22 years in prison for rape and more.

Her presence on Twitter had grown in strength since she created the #RoseArmy in the mid-2010s, earning her a reputation as a fearless feminist and social media warrior. But she got slammed by the left in 2020 when she came down on the side of Tara Reade, who accused then-presidential candidate Joe Biden of assaulting her in the `1990s.

McGowan, 47, suggested Monday on Fox News that people of both parties should make a list of their beliefs, figure out what’s organic to them and what has been “implanted either by Hollywood or the media or your leaders,” and then “see what’s the polyester and pull it out of your fabric.”

“You can still believe in whatever party you want to believe in,”she said, “but not to the limit where it makes it so you cannot have a human conversation with every other person.”