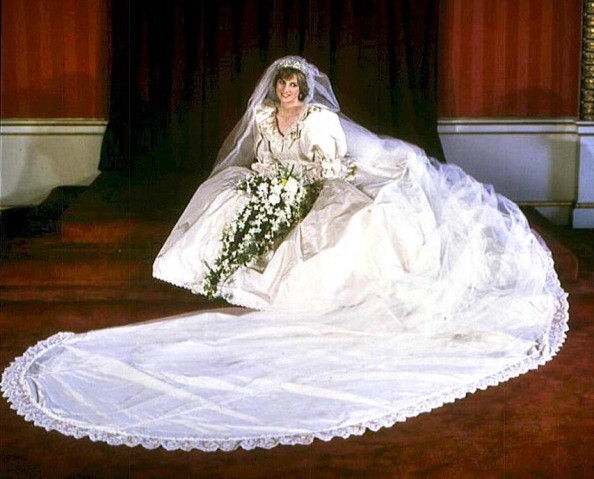 The iconic wedding dress worn by Princess Diana will go on display at London’s Kensington Palace for the first time in 25 years when the royal residence reopens to the public this summer.

On loan from Diana’s sons, Prince Harry and Prince William, the billowing white gown will be showcased as part of a new temporary exhibit highlighting historic royal fashion statements and their designers, Historic Royal Palaces announced Monday. The collection, titled “Royal Style in the Making,” will run from June 3 to Jan. 2.

“Our summer exhibition at Kensington Palace will shine a spotlight on some of the greatest talents of British design, whose work has been instrumental in shaping the visual identity of the royal family across the twentieth century,” said Matthew Storey, exhibition curator at Historic Royal Palaces, in a statement.

“We’ll be exploring how the partnership between each designer and client worked, and revealing the process behind the creation of a number of the most important couture commissions in royal history.”

Designed by David and Elizabeth Emmanuel, the famous bridal ensemble donned by the Princess of Wales during her July 1981 marriage to Prince Charles features a fitted bodice decorated with antique Carrickmacross lace originally possessed by Queen Mary, complete with a scooped neckline, balloon sleeves, and a full, ruffled skirt, trimmed with bows and taffeta.

The display will also include the late princess’ grand sequin-encrusted train, which, at 25 feet, distinguished Diana’s wedding dress as the longest ever worn by royalty.

Among the other fashionable items curated for the incoming exhibit are toile fabric salvaged from Queen Elizabeth the Queen Mother’s 1937 coronation gown — hand-embroidered by Madame Handley-Seymour — as well as original design sketches, fabric swatches and previously unseen photos from the HRP’s royal dress collection.

According to the HRP website, Kensington Palace will welcome back visitors starting in late May after all six royal residences overseen by the HRP closed to the public in March of 2020 because of the COVID-19 pandemic. General admission to Kensington costs £17.00 for adults and £8.50 for children (roughly $21 and $10, respectively).