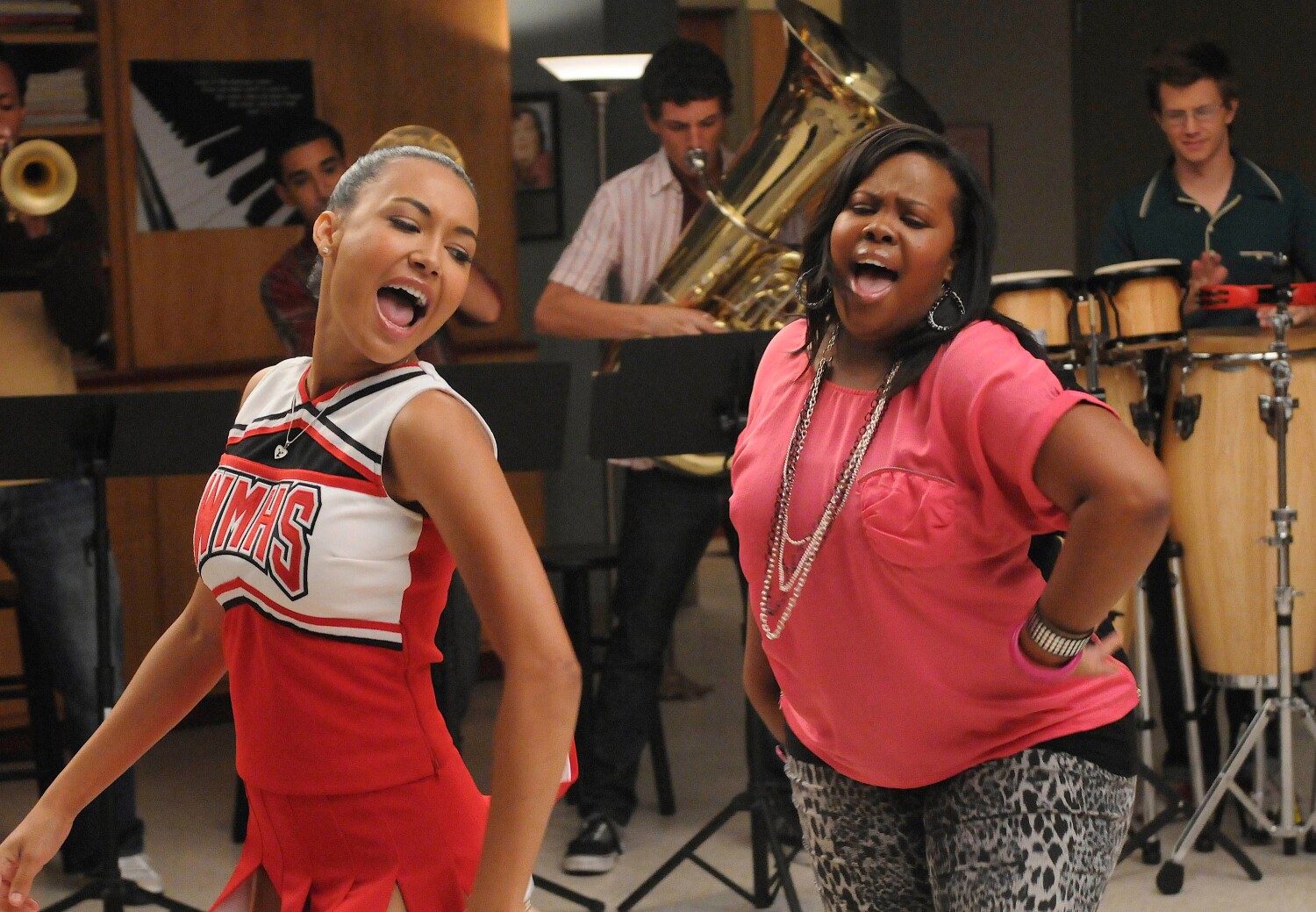 The cast of “Glee” reunited virtually Thursday to honor their friend and costar Naya Rivera, who died at age 33 last summer while on a boating trip with her son in Lake Piru.

Singer Demi Lovato, who briefly guest starred on “Glee” as Rivera’s onscreen girlfriend, kicked off the touching tribute to the trailblazing talent at the 2021 GLAAD Media Awards. In the hit musical series, Rivera played Santana Lopez, a sharp-tongued cheerleader who made major strides for LGBTQ representation when she came out as gay on the primetime Fox program.

“I will always cherish the chance I got to play Naya’s girlfriend, Dani, on ‘Glee,’” Lovato said before introducing her fellow “Glee” actors. “The character Naya played, Santana Lopez, was groundbreaking for closeted queer girls like I was at the time. And her ambition and accomplishments inspired Latina women all over the world. …

“It’s been 10 years since Santana Lopez came out. Look at what LGBTQ teens have done in a decade. Imagine what we can do in the next one. Some friends of mine got together so they can remember Naya and remind you: Don’t stop believing.”

“I remember when Naya became a regular cast member,” added Lynch, who portrayed fearsome cheerleading coach Sue Sylvester. “She was a dancer, and I always thought she was cute and she was a great dancer. And then [executive producer Ryan Murphy] started giving her lines, and I was like, ‘Wow, this girl is really something.’”

“She made everybody laugh onscreen and off,” said Ushkowitz, who played goth glee club member Tina Cohen-Chang. “But the real win was if you made her laugh, because you knew you actually did something really funny.”

In addition to celebrating her legacy as a performer and a mother, the actors hailed Rivera for her contributions to the LGBTQ community and noted that she hosted the GLAAD Media Awards twice — once on her own and once with her late costar Cory Monteith, who died of a drug overdose in 2013.

“Santana basically got disowned by her family and, as a lot of us know, that’s a feeling too many LGBTQ kids know too well,” said Colfer, who portrayed standout glee club soprano Kurt Hummel.

“With the exception of our show, there were almost no LGBTQ teens on television at the time,” said Newell, who played glee club member Unique Adams.

Gilsig, who portrayed the wife of glee club director Will Schuester (Morrison), closed out the tribute with a heartfelt statement from Rivera’s mother, Yolanda Previtire.

“Naya would be honored to receive this recognition,” it read. “When Naya was told that Santana would be a lesbian, she called me to let me know, and I asked her how did she feel about that, and she said, ‘I feel great about it.’

“Little did we know that she would impact so many people in the LGBTQ community. Her desire was to always be an advocate to those who did not have a voice. I don’t believe that she realized how important she was to this world. I am grateful that my eldest daughter helped to change the landscape of how we view and see each other. Thank you … for keeping my daughter’s legacy alive.”