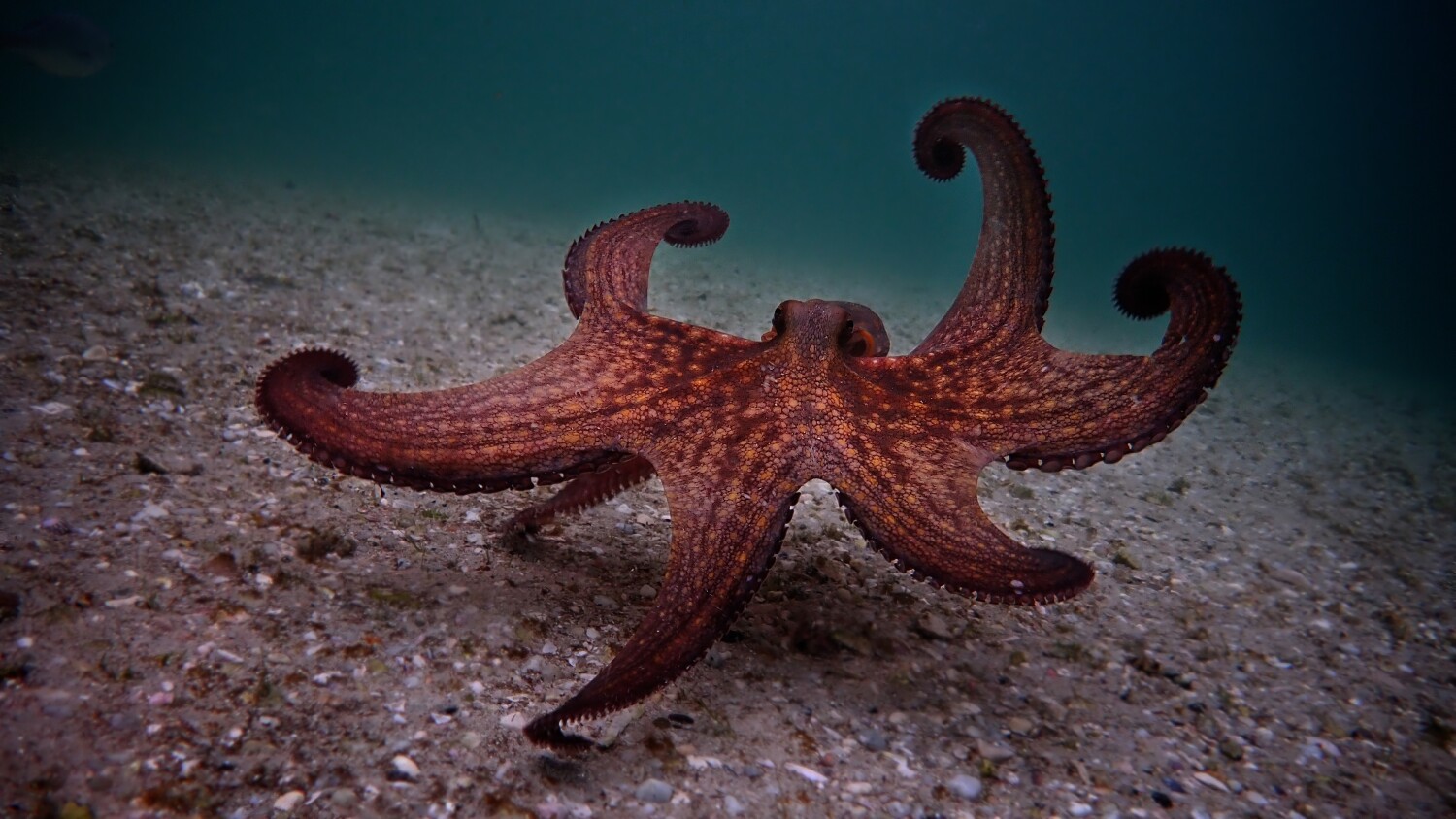 Amid a pandemic when many have been isolated in their homes, the crowd-pleasing Netflix film “My Octopus Teacher” offers viewers eight arms to hold them — and a much-needed hug. The production heightens the familiar tropes of the nature-doc genre with its emotional account of a rare bond made between man and cephalopod — in this case, Craig Foster, a South African filmmaker, and a female octopus he encounters on his free dives into the freezing waters of the kelp forest in the Cape of Storms, outside Cape Town.

The film, an Oscar contender for documentary feature, offers something unique in the experience of its directors, James Reed, a longtime nature documentarian, and Pippa Ehrlich, a Cape Town science journalist with a marine conservation focus.

“It was the most incredible footage I’d seen of anything like it before,” said the U.K.-based Reed. “Most nature films are shot on a long lens at a great distance, and they’re great at getting you close to the animals, but it’s technology that takes you there, really, and I find that a bit impersonal.” Foster, the film’s narrator and producer, shot most of its scenes himself with a small camera that he took with him on daily excursions underwater. “It was all shot in normal speed,” Reed continued, “so it had this natural, real, authentic feel to it. It felt incredible that he got such close access and was seeing such intimate details of this animal’s life.”

Those details were what gripped Ehrlich. She was invited to help with the project in 2017 after six months of dives with Foster, who was eager to shape a staggering volume of footage that he’d already collected into the saga of a remarkable octopus. “There were things that I saw that made my mouth drop open,” Ehrlich said. “There was something about this creature that was so appealing and so surprising.” In one of the film’s most dramatic sequences, a shark attacks the octopus and bites off one of its arms. “You’re on the edge of your seat,” she recalled. “When you as an editor or director are getting excited about the feelings that are coming out, then you know you have a good story.”

Ehrlich, who also coedited the film, said she was faced with 23 terabytes of digital files, “a lot of it shot on small cameras, so you can imagine how many hours that translates to.” As the process snapped into gear, however, it was clear that the focus could tighten onto pivotal moments between Foster and the octopus, which was in the final year of her life cycle. The time frame promised a dynamic arc. “You go through all these archetypal experiences,” Ehrlich said. “All these things being mirrored back to us through this octopus.”

The story benefits greatly from Foster’s rigorous daily dives, which increased the odds of getting interesting details, and the good timing involved in bringing in a professional cameraman later into the endeavor, his friend Roger Horrocks. When the octopus is again threatened by a shark, the men capture a thrilling chase scene.

“It is just absolutely mind-blowing how she outwits the shark,” Reed said. “You wouldn’t dare put it in your shooting script. It’s totally improbable. It’s a testament to a creature with her own individual response to things. She’s been attacked, she’s learned from it … and she found a way of getting around this new situation.”

The bigger challenge for Ehrlich wasn’t compressing a year of octopus life but “50 years of a human life,” she said, nodding to the film’s opening section that introduces Foster, and the path that led him to his fateful aquatic encounter. “I probably re-cut that intro 50 times.”

Likewise, Reed applied himself to boosting the human factor of the project, when he joined the work-in-progress. “We were getting her [the octopus] in a pure sort of way, in her own words if you like, so it made sense to have Craig tell the story in his own words as well,” he said. The underwater sequences are framed by Foster’s responses to this transformative experience at a crossroads of his life.

“We just wanted to tell a really good story and a really beautiful story about a different way of relating to the natural world,” Ehrlich said, “and that seems to really have spoken to people.” She was particularly happy about support from the natural-history world and surprised by the film’s reception from mental-health advocates. “We’ve had psychologists email us and say they’re suggesting to their patients that they watch this film when they have a hard time.”