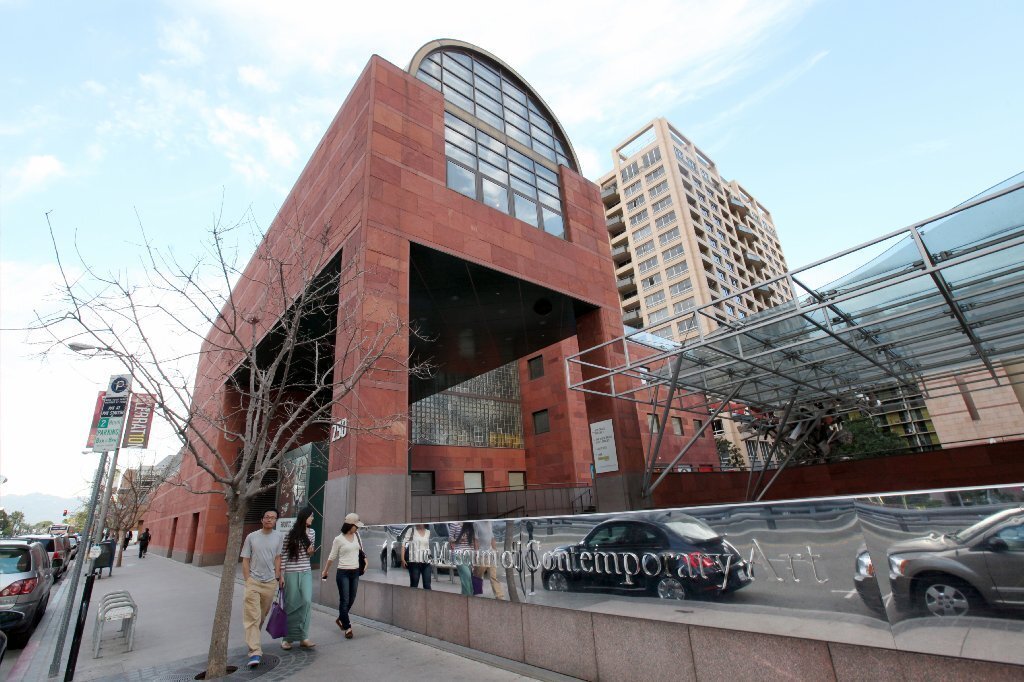 The Museum of Contemporary Art in Los Angeles confirmed Monday the resignations of two key leaders, a senior curator who quit citing resistance to diversity initiatives and the director of human resources, who left because of a “hostile” work culture.

Mia Locks, senior curator and head of new initiatives, resigned in late March after less than two years on the job. In Locks’ March 26 exit email to the staff, read to The Times by a MOCA employee and confirmed by the museum, Locks said she was grateful that the museum had launched its IDEA Initiative — an effort MOCA debuted in fall 2019 to promote inclusion, diversity, equity and accessibility. But ultimately, Locks said in her email, “MOCA’s leadership is not yet ready to fully embrace IDEA.”

The museum responded by saying it is deeply committed to the IDEA Initiative, representative Sarah Stifler said by email. “We are working across our organization to fulfill our IDEA vision, taking tangible and immediate steps that include anti-racism workshops, an internal compensation survey and position audit, the formation of a multi-language task force and the creation of a dedicated IDEA staff position,” she said. “We wish Mia all the best and thank her for her time at the museum.”

Locks, who didn’t respond to The Times’ request for a comment, was responsible for IDEA at MOCA. In her absence, the senior leadership team is handling the IDEA Initiative, and the museum has hired an IDEA advisor for the interim while it searches for a full-time IDEA executive.

Locks joined MOCA’s curatorial team in July 2019 from New York, where she had been working as an independent curator. She co-curated the 2017 Whitney Biennial with Christopher Y. Lew and also worked at MoMA PS1, the Museum of Modern Art’s experimental satellite space in Queens. MOCA’s director, Klaus Biesenbach, was director there before taking his post at MOCA in fall 2018.

As senior curator, Locks co-curated, with senior curator Bennett Simpson, “Seven Stations: Selections From MOCA’s Collection,” which is viewable online and may be seen in person when the museum opens to the public June 3.

The museum’s human resources director, Carlos Viramontes, joined MOCA in November 2019 and quit in February. “I cannot continue to work in a hostile environment,” he wrote in a Feb. 19 email to the staff obtained by The Times.

Viramontes said his supervisor, MOCA Deputy Director Amy Shapiro, retaliated against him because she was displeased with his handling of fall 2020 performance reviews of senior staff, including herself and Biesenbach. The so-called “360 reviews” are a process that included Viramontes’ summaries of comments from Shapiro’s peers and direct reports. “There were things that came back about how she spoke to people or made them feel,” he said in an interview. “Her ego was bruised. But I was just the messenger.”

MOCA denied that Shapiro retaliated against Viramontes. An outside HR advisor, the museum said, reported “obvious shortcomings in the 360 process [Viramontes] managed.”

Viramontes said Shapiro stopped speaking to him or inviting him to important meetings he’d previously been part of regarding payroll, hiring and changes to employees’ roles. He also said Shapiro reneged on a 15% raise she had promised him that June. He filed a complaint with the museum’s board, but this January an outside investigator hired by the museum determined that the retaliation claims were not substantiated.

“The board said, ‘We hear you, you’re right, but we’re not going to do anything about it,’” Viramontes said. “They said she was my boss and it’s up to her. At that point I realized if this is how they handled things, there was no fixing this. So I decided to leave.”

In an email to staff, obtained by The Times, Shapiro said MOCA had suggested that she and Viramontes meet with a mediator, but that he rejected the first two proposed mediators and did not respond to the third. “Instead, Carlos chose to resign,” the email read.

Viramontes disputed Shapiro’s email. “I asked for an arbitration agreement for a third-party mediator, and [board chair] Maria Seferian made it very clear that was not going to happen.”

Viramontes said his experience speaks to a broader problem at the museum.

“It’s not a good culture there,” he said. “There’s a lot of lip service about what they want to be and to stand for — being a great place to work and caring about people — but behind the scenes, it’s a whole other thing.”

MOCA — whose board is led by Seferian, President Carolyn Powers and Treasurer Heather Podesta — has struggled with questions of diversity and accusations of poor staff management. At the same time, it has taken a hard look at its collection and made efforts to acquire works by women and artists who are Black, Indigenous or people of color.

The museum canceled its 2018 gala fundraiser because of a controversy over lack of diversity among former gala honorees, all of whom had been straight white men, including Jeff Koons, Ed Ruscha and John Baldessari. Artist Mark Grotjahn, who is white, had been selected for the honor but later declined.

In November 2019, more than 120 workers from nearly every department at the museum announced a campaign to unionize with the American Federation of State, County and Municipal Employees. They cited working conditions, pay, quality of internal communications or “lack of transparency” between management and employees as among their reasons for unionizing.

MOCA said at the time that it did “not believe that this union is in the best interest of our employees or the museum.” A month later, it voluntarily recognized the union.

Locks’ hire as senior curator came about a year after the museum’s former director, Philippe Vergne, fired chief curator Helen Molesworth in 2018. MOCA said Molesworth’s departure was due to “creative differences.” But artist board member Catherine Opie told The Times that Vergne had said he terminated Molesworth for “undermining the museum.” Vergne left MOCA that May.

The museum eliminated the chief curator position and instead created the new senior curator job for Locks.

MOCA is restructuring, with Biesenbach to take on a new role as artistic director and a yet-to-be-named executive director steering daily management and operations. Both will report to the board. The executive director will oversee the museum’s IDEA initiative.