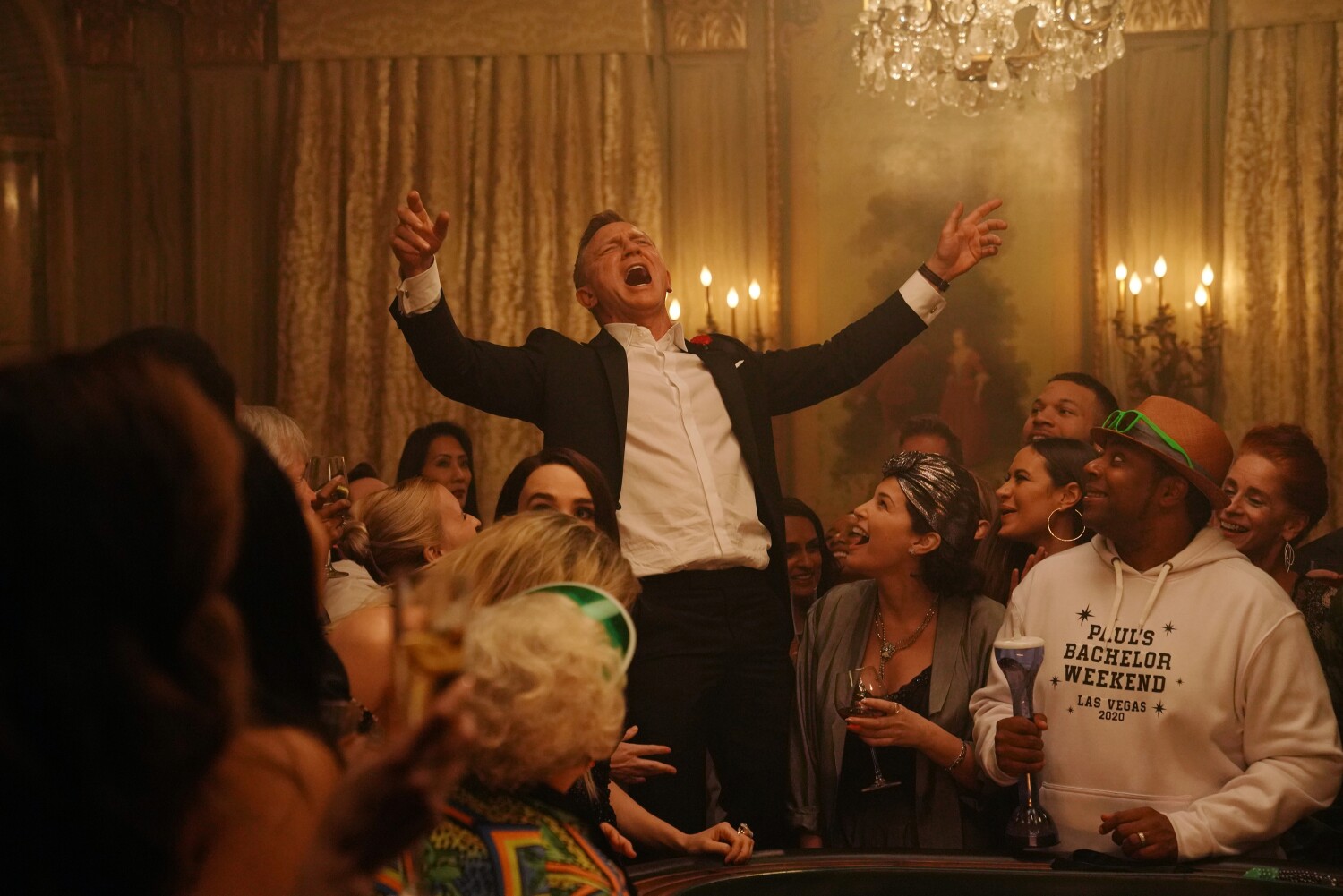 Ladies and gentlemen, you’ve had a long week. Five whole days of time’s horrid fardel bruising your shoulders, grinding you into the earth with the same routine: You wake up, eat, work, sleep and do it all over again, as often as 52 weeks a year. Who did this to you? Who was that guy who first said, “Hmm, what if we built our whole society around people doing the same thing over and over again five days in a row”? Probably the son of the guy who thought you should work seven days in a row. Weren’t you promised jetpacks? Where are the flying cars? (Helicopters don’t count.) The robot butlers? (Roomba doesn’t count.) What’s going on here? Should you not take to the streets and rise up?

Ladies and gentlemen, conditions are intolerable and must improve.

Ladies and gentlemen, there is good news on that front.

Ladies and gentlemen, there is a great healing force that loves you and wants better things for you. Even in your darkest hour (Mondays, or arguably Wednesdays, home of the haunting phrase “hump day”), this force lies in front of you, biding its time, waiting to bring you into its caring arms. This force is one of the inevitables, always growing closer, always on approach. All you have to do is wait for it … wait for it …

Ladies and gentlemen, the weekend.

There’s a funny meme a lot of people have started to retweet every Friday afternoon. It’s a four-second video from “Saturday Night Live” in which actor Daniel Craig introduces that show’s musical guest: “Ladies and gentlemen, the Weeknd.” The clip cuts off before we see the Weeknd perform his fifth No. 1 single, “Blinding Lights,” so stripped of that context, it’s just a video of the guy who plays James Bond telling us what we already know: The weekend is here, and that’s a good thing.

Normally there’s not much else to say about these rote intros that are a staple of every “SNL” show, except that through force of sheer repetition, “SNL” has made even this little transitional tic an instantly recognizable cultural feature of the American weekend.

But there’s something a little weirder about Craig’s particular introduction of the Weeknd. After he says “ladies and gentlemen,” he pauses, throws his arms out in a half-shrug of surrender, and then says in a relaxed, luxurious baritone, “the Weeknd.”

Every actor makes choices about how to communicate with an audience beyond just the lines they’re given, and for whatever reason, Craig, one of the world’s most recognizable performing artists, took a minor, boring introduction and transformed it through an alchemy of body language and vocal tone to communicate that a great burden had been lifted from us — the long wait for the Weeknd was over.

“Every week the replies are very similar to the last week,” says Miles Riehle, 18, a high school senior from Orange County, Calif., who normally likes urbanism Twitter but who made a Twitter account, @CraigWeekend, that just tweets out the clip at a random time every Friday afternoon — usually before 5 p.m. Pacific so the East Coast can get in on the action. (That’s right: These are literally Daniel Craig Memes For Transit-Oriented Teens.) Riehle’s joke account now has more than 255,000 followers. “A lot of people have a lot of things to say about the way Daniel Craig says it, or a lot of people have things to say about the way he moves his arms. The reply I see most often is, ‘My weekend doesn’t get started until I see this tweeted out.’”

April 9: “It’s not the weekend until this tweet arrives”

April 2: “the consistency of this actually truly makes my week better, knowing that this will always post just gives me security for some reason”

March 26: “It’s not the weekend until this tweet arrives, don’t you know?”

“It’s a silly four-second video, I don’t think it’s anything bigger than that,” says Riehle, who is neither a Craig nor Weeknd superfan, nor a Craig or Weeknd hater. He likes them both fine, and as a member of Gen Z, he accepts posting for posting’s sake, however ephemeral, as a normal part of existence. “Am I gonna keep doing this for the rest of my life? I don’t know.”

But there is one last thing that’s notable about this silly little video, and it’s what happens at the very end: A live “SNL” studio crowd erupts in ecstatic cheers after Craig’s introduction. The show aired on March 7, 2020, and then COVID-19 pandemic shutdowns put the show on hiatus and sent the “SNL” cast to their homes. It’s an artifact from another era, the one before this one. Over time, the program returned to the studio with precautions, but the rest of America is still waiting its turn to be in the crowd, to listen to introductions again and make it loud when we hear the emcee.

It will happen again. Some coming weekend, coming down the road.