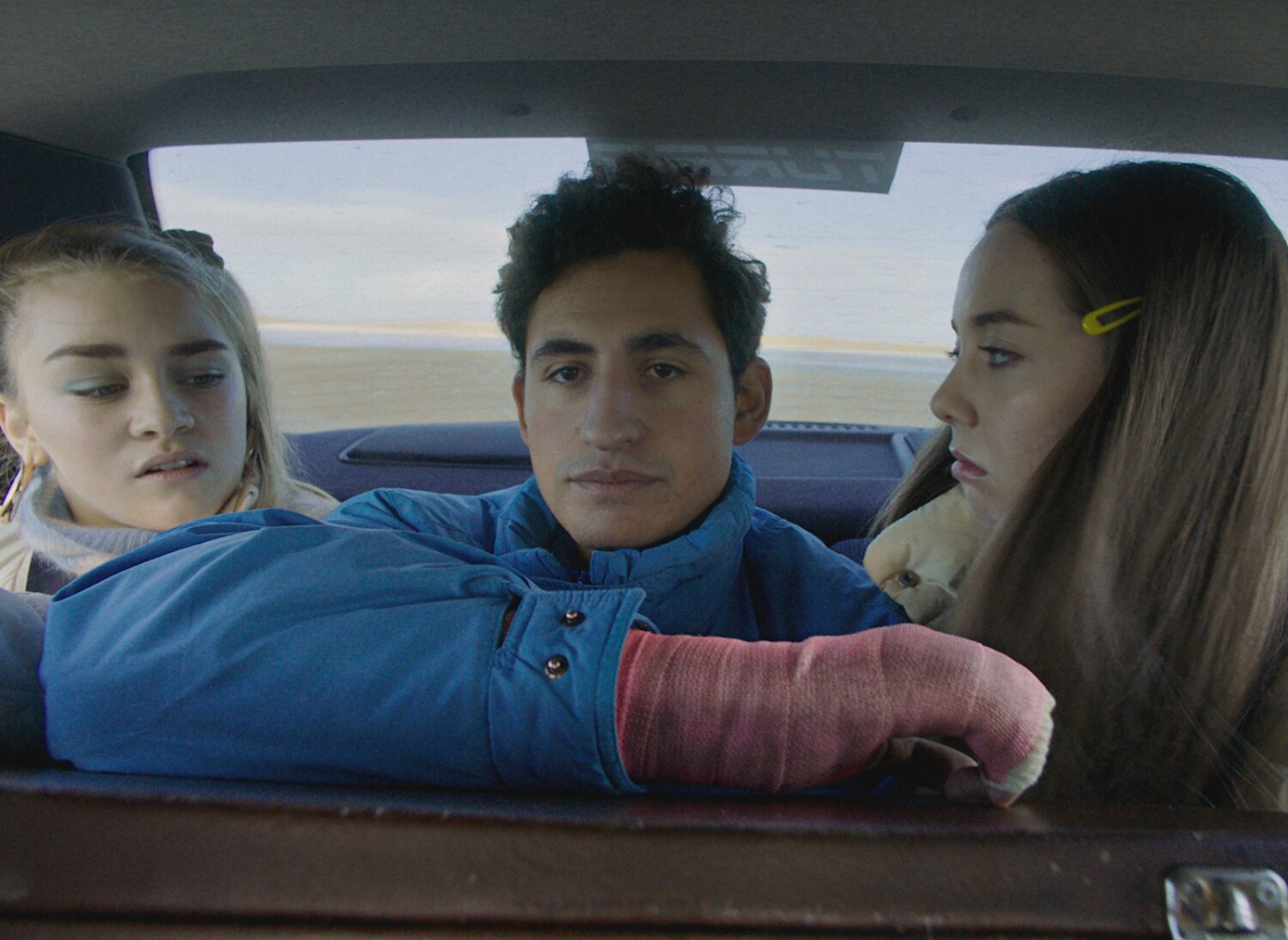 Improbably reassuring of laughter’s healing properties, “Limbo,” the resplendent second feature-length brainchild from writer-director Ben Sharrock, is an immensely funny and profound tragicomedy centered on a group of refugees stuck on a barren Scottish island awaiting decisions on their asylum requests.

Sporting a pink cast on his immobilized right hand, Omar (Amir El-Masry), a Syrian musician famous back home for playing the oud, a Middle Eastern stringed instrument, is a recent arrival. Calls made from a phone booth to his relocated parents in Istanbul reveal a schism with his older brother Nabil, who stayed back to fight for the homeland.

At once an anchor to his loved ones and a cross weighing him down, Omar drags the large oud case wherever he goes. With his hand, and spirits, out of commission to practice, Omar ponders his father’s words: “A musician who doesn’t play is dead.”

Akin in tone to the deadpan hilarity of American indies such as “The Station Agent” or Wes Anderson’s oeuvre, the film also boasts mild undertones reminiscent of Ben Wheatley’s chuckle-inducing darkness. Sharrock’s immaculate balance of tone is charming, but never at the expense of the characters’ precarious circumstances.

That he channels empathic concern for those fleeing war and economic deprivation, as well as heartfelt drama and subdued lyricism into a singular film amounts to a stroke of storytelling genius.

Like its bureaucratically embattled and often invisible heroes, the narrative occupies a liminal space somewhere between the downbeat reality of displacement, racism and Islamophobia, and mournful dreamlike sequences. The director maximizes the inherently surreal elements of this purgatory at the intersection of safety in Europe and the looming threat of deportation.

A marvelously guarded El-Masry, an Egyptian-born actor seen in “The Rise of Skywalker,” maintains a reserved, almost emotionless composure that only breaks when Bhai’s matter-of-fact earnestness makes him smile. Understandably dejected, El-Masry’s Omar traverses guilt and self-doubt to regain appreciation for his skill, a valuable method to preserve his people’s culture. Only then can he enjoy small doses of comfort, like that in a familiar spice.

Within the boxy aspect ratio, cinematographer Nick Cooke’s exact compositions illustrate the story’s marked contrasts of a sense of community found in shared hardship, and the soul-crushing isolation of their individual experiences. Frames crowded with the four men expectantly waiting for the mail sharply differ from others containing the sparse winter vistas. There’s a purposeful sense of place.

Humor in “Limbo” springs from a phenomenal screenplay that neither peddles condescending compassion nor misery exploitation. The gags instead target the locals, most well-intentioned but ignorant. Scenes during a cultural awareness course to encourage assimilation reveal more about the reluctant hosts’ xenophobic preconceptions than the new arrivals’ perceived foreignness.

Sharrock writes intricately, filing the crevices of his premise with intimate details, anecdotes, and instances of poetic yearning, all of which configure the essence of these characters adrift in the ocean of the West’s indifference. An underlying bittersweet sentiment prevails up to the movie’s appropriately muted climax, which dispenses with an idealized future or a neatly wrapped entrance into the promised land for Omar.

An offbeat and life-affirming triumph, “Limbo” is the kind of original work of art that moves the needle on an issue by interrogating the human factor rather than hanging out on the impersonal surface. A movie born of our times but destined to outlive them, it deserves to cross the threshold from festival darling to audience favorite.

In English and Arabic with English subtitles

Playing: Starts April 30 in general release where theaters are open