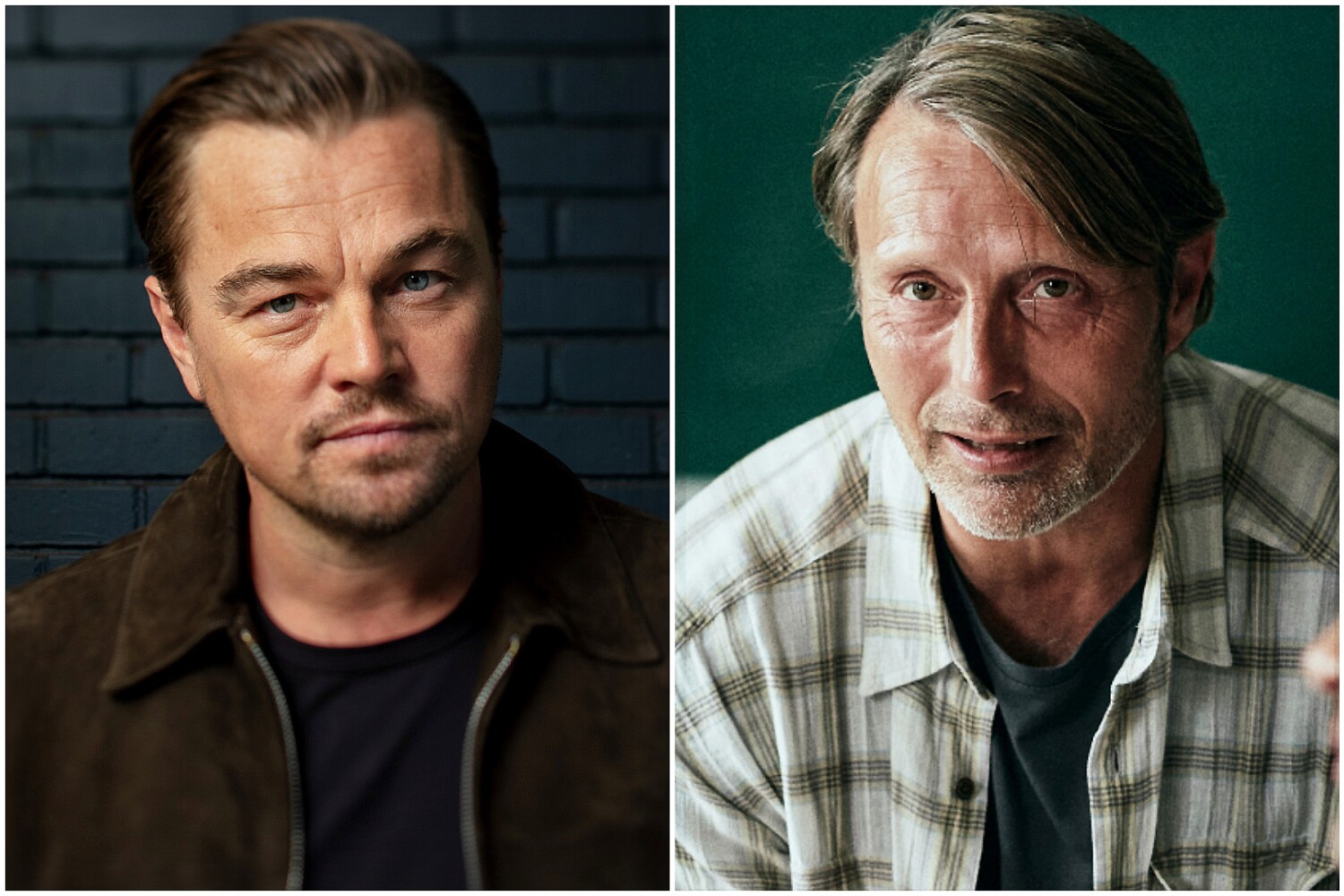 Get ready for another round of “Another Round.”

Oscar winner Leonardo DiCaprio is attached to star in an English-language remake of writer-director Thomas Vinterberg’s Oscar-winning film “Another Round,” the Los Angeles Times confirmed Tuesday.

According to Endeavor Content — which is developing the project alongside Makeready and DiCaprio’s Appian Way Productions — Vinterberg will serve as an executive producer on the adaptation of his Danish film, which recently landed the Oscar for international feature.

DiCaprio will play the lead, originated by Danish actor Mads Mikkelsen, in the jubilant and sobering drama about a history teacher and his friends who escape into alcohol by testing Norwegian psychiatrist Finn Skårderud’s theory that humans should drink steadily throughout the day to counteract a 0.05% blood-alcohol deficiency.

According to Deadline, production companies Appian, Endeavor and Makeready clinched the rights to “Another Round” in a major bidding war that also included actor Jake Gyllenhaal and producer Riva Marker’s Nine Stories Productions, as well as actress-director Elizabeth Banks in partnership with Universal Pictures. Endeavor is financing the DiCaprio vehicle in addition to producing.

Originally titled “Druk,” the movie was a key player throughout the 2021 awards cycle, scoring various BAFTA, Oscar and Golden Globe nominations. In addition to winning international feature, Vinterberg was recognized in the directing category at the Oscars. He ended up losing to Chloé Zhao for “Nomadland,” which also won best picture.

“Another Round” was also nominated for foreign-language film at the Golden Globes but was bested by Lee Isaac Chung’s “Minari,” which was controversially ineligible for the Globes’ best-picture category despite being an American film. (“Minari” competed Sunday for several Oscars, including best picture and supporting actress, which went to South Korean performer Yuh-Jung Youn.)

At the BAFTAs, “Another Round” nabbed nominations for original screenplay, director and lead actor, as well as best film not in the English language, which it won. During an emotional Oscars acceptance speech, Vinterberg dedicated the award to his daughter, Ida, who was set to play Mikkelsen’s onscreen daughter in “Another Round” before she died in a car accident less than a week into production.

“[Ida] loved this, and she felt seen by this, and she was supposed to be in this, and if anyone dares to believe that she’s here with us somehow, you’ll be able to see her clapping and cheering with us,” Vinterberg said at Sunday’s ceremony in Los Angeles’ Union Station.

“We ended up making this movie for her as her monument. So, Ida, this is a miracle that just happened, and you’re a part of this miracle. Maybe you’ve been pulling some strings somewhere, I don’t know, but this one is for you.”