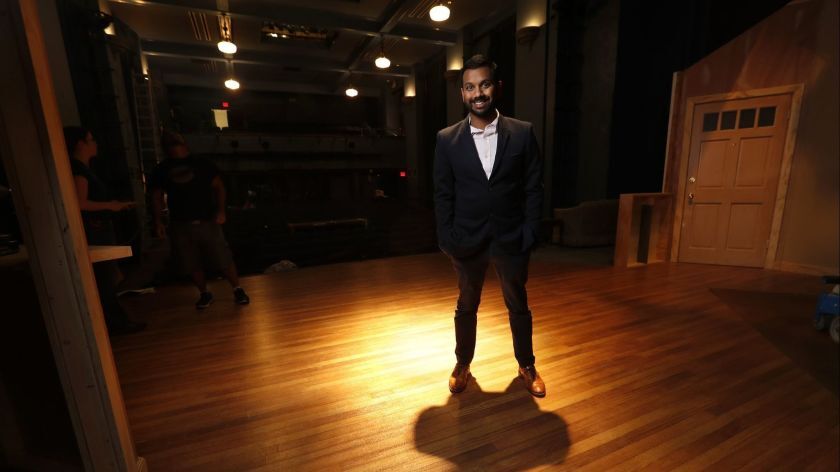 The L.A. Stage Alliance announced Monday that it is immediately ceasing all operations after mistakes in the group’s Ovation Awards show — including the misidentification of an Asian American nominee — led dozens of theaters to revoke their membership.

“We have come to this conclusion with a heavy heart — our intention has always been to represent and promote the entire Los Angeles theatre community but at this time we are unable to continue,” read the statement from the board of governors of LASA, which was founded 46 years ago. “We believe in equity, diversity, and inclusion at all levels. As individuals, we are committed to continuing our support of this community which we hold so dear.”

The decision comes less than a week after the March 30 ceremony during which Jully Lee’s first name was mispronounced and a photo of a different Asian woman was shown onscreen. Many in the virtual audience thought the mistakes fed into the stereotype that all Asians look alike, and others were offended that organizers had not bothered to learn how to say the nominee’s name (pronounced Julie). The LASA apology that immediately followed struck many theater leaders as insufficient.

East West Players, one of the nation’s largest Asian American theater companies, was the first to revoke its membership in LASA, posting its statement on Instagram a day after the Ovation Awards. In the face of years of inequity, the company called on other theaters to do the same. The hashtag #LeavingLASA was soon trending, and by Monday morning at least 50 theaters, including some of the region’s largest and highest-profile companies, had joined. LASA claimed about 150 members total.

Snehal Desai, artistic director of East West Players, called the LASA announcement Monday “a disappointment.” Instead of listening to the theater community’s call for meaningful and necessary change, he said, LASA had simply taken its ball and gone home.

“What’s clear is that the L.A. theater community is close-knit and supportive, and that’s what’s going to lead the charge out of this,” Desai said. “LASA wasn’t doing this.”

Theater leaders said problems with LASA were entrenched and many. The voting membership was not diverse enough, some said; the board of governors was almost all white and the staff was all white. Smaller companies run by BIPOC artists were often overlooked in favor of larger majority-white companies, critics said, and BIPOC companies did not receive the credit they were due at the Ovation Awards because LASA did not acknowledge copresenters. During the awards show last week, closed captioning was not offered even after it was requested by Deaf West Theatre. These issues, critics said, had been raised repeatedly over the years but never remedied.

LASA’s 13-member Ovation rules committee, which was more diverse than the four-person board of governors, issued a letter to the L.A. theater community over the weekend in which members renounced their volunteer positions. The committee said it had not been consulted in the staging of this year’s Ovation Awards but it accepted responsibility for the exclusionary practices of the awards, which the committee said it had been working to change.

“It is clear that LASA is no longer worthy or even able to serve this community and to conduct the Ovation Awards,” the committee wrote. “The time has come for the community to come together and build a new arts service organization and awards program which is truly worthy of this vibrant, diverse, and extraordinary population of artists and arts leaders.”

Committee member Cricket Myers, a sound designer, elaborated in a statement to The Times.

“This was a long time coming,” she wrote. “LASA had not been the organization it used to be for years. The ceremony just made it very publicly clear how far removed they were from the community.”

Moving forward, Desai said plans include a town hall, moderated by an outside facilitator, to brainstorm ideas for the future and to discuss what an equitable, fully representational and responsive arts service organization should look like — and whether such an organization should run an awards show.

“A true service organization is not focused on itself, and its own visibility or survival through awards,” Desai said. “It’s focused on lifting up the community.”

It’s possible that instead of centralizing all the power in one organization, like LASA, several organizations will be needed. The time to focus on what a new model could look like is now, Desai said, because once theaters start to reopen, all energy will be needed to bring audiences back to the stage.

First poster of ‘Kaamyaab’ out!