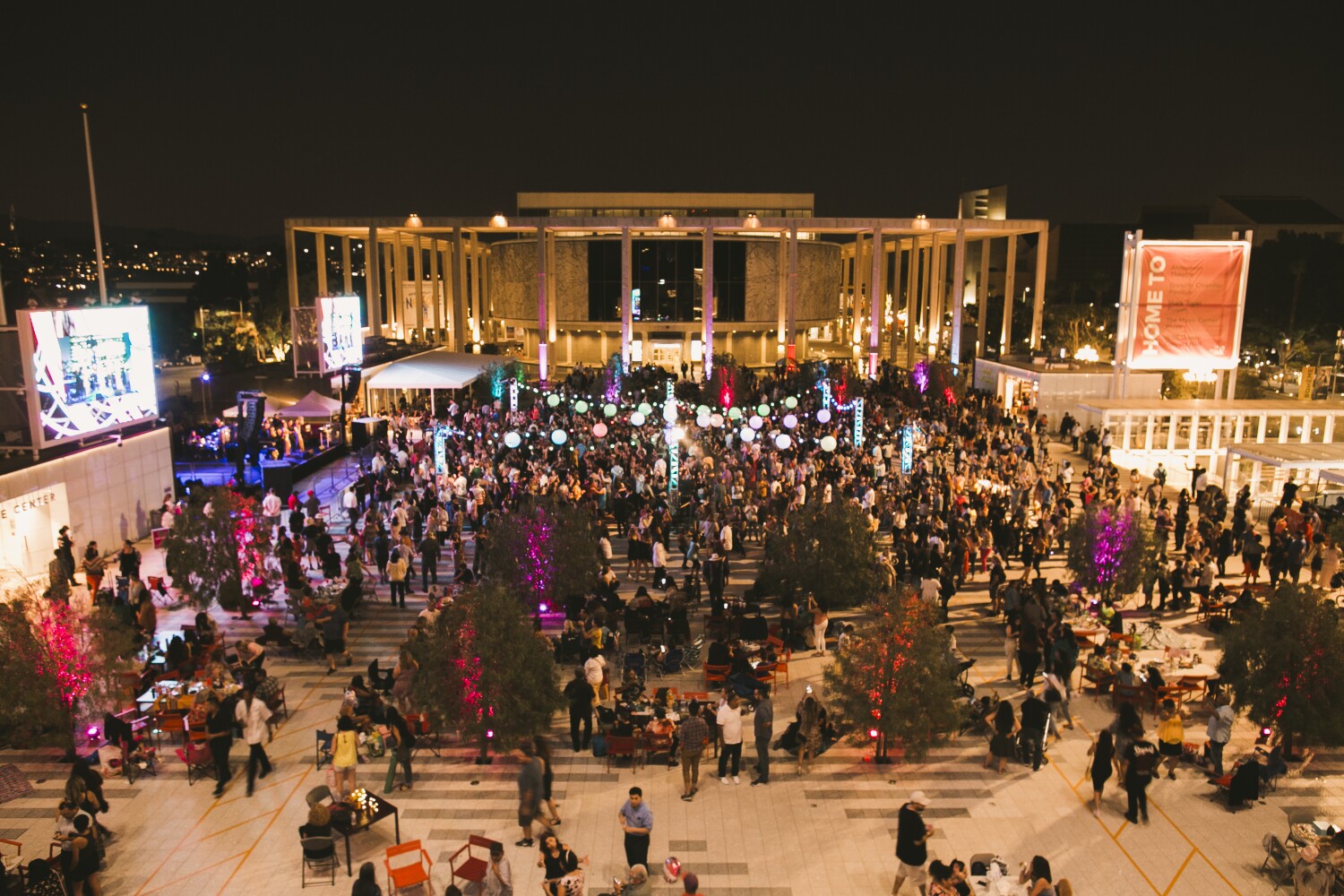 Grab the family, mask up, get your tickets online and eat your supper first. The Music Center announced Thursday the launch of its first in-person performances since the start of the pandemic, meaning audiences can at long last gather again for live shows as soon as next month.

Dance at Dusk, staged by the Glorya Kaufman Presents Dance at the Music Center series, will kick off in the newly refurbished Jerry Moss Plaza between the Dorothy Chandler Pavilion and the Mark Taper Forum. The four dance presentations — each an hour long with no intermission — will consist of a tap performance by American choreographers Dormeshia, Jason Samuels Smith and Derick K. Grant (May 26-30); American Ballet Theatre dancing selections from “Romeo and Juliet,” “Don Quixote” and “A Time There Was” (June 2-6); a West Coast premiere by Paul Taylor Dance Company (June 16-20); and Alonzo King LINES Ballet with guests Tiler Peck and Roman Mejia (July 14-18).

Because the programs start before June 15, the recently announced target date to fully reopen California businesses and venues, abundant health and safety protocols will be observed. What will reopening here look like?

Pods of up to four seats will be set up on the plaza. Each pod must be limited to members of a single household. Pods of four also can gather on blankets in Grand Park to watch a big-screen simulcast. Six feet will separate pods on all sides. Maximum capacity on the plaza will be 39 pods, or 156 people; Grand Park will accommodate 70 pods, or 280 people.

Tickets must be purchased in advance and will not be available on site. Entry and exits at designated locations will be monitored to prevent crowding, the Music Center said. Face masks will be a must, but no proof of vaccination will be required. No food or beverage will be sold, and no outside food will be permitted. Restrooms will be available for ticketed guests on the plaza and in the park. Parking will be available in the Music Center and Walt Disney Concert Hall garages. There won’t be any valet options.

Tickets will be sold per pod. Plaza seating ranges from $150 per pod (rear section) to $275 per pod (front section) and prices vary depending on the day of the week. Lawn seating at Grand Park is $40 per pod Wednesdays and Thursdays, or $60 per pod Fridays and Saturdays. No Sunday simulcasts will be offered in Grand Park. Tickets go on sale on April 21: (213) 972-0711 or musiccenter.org.