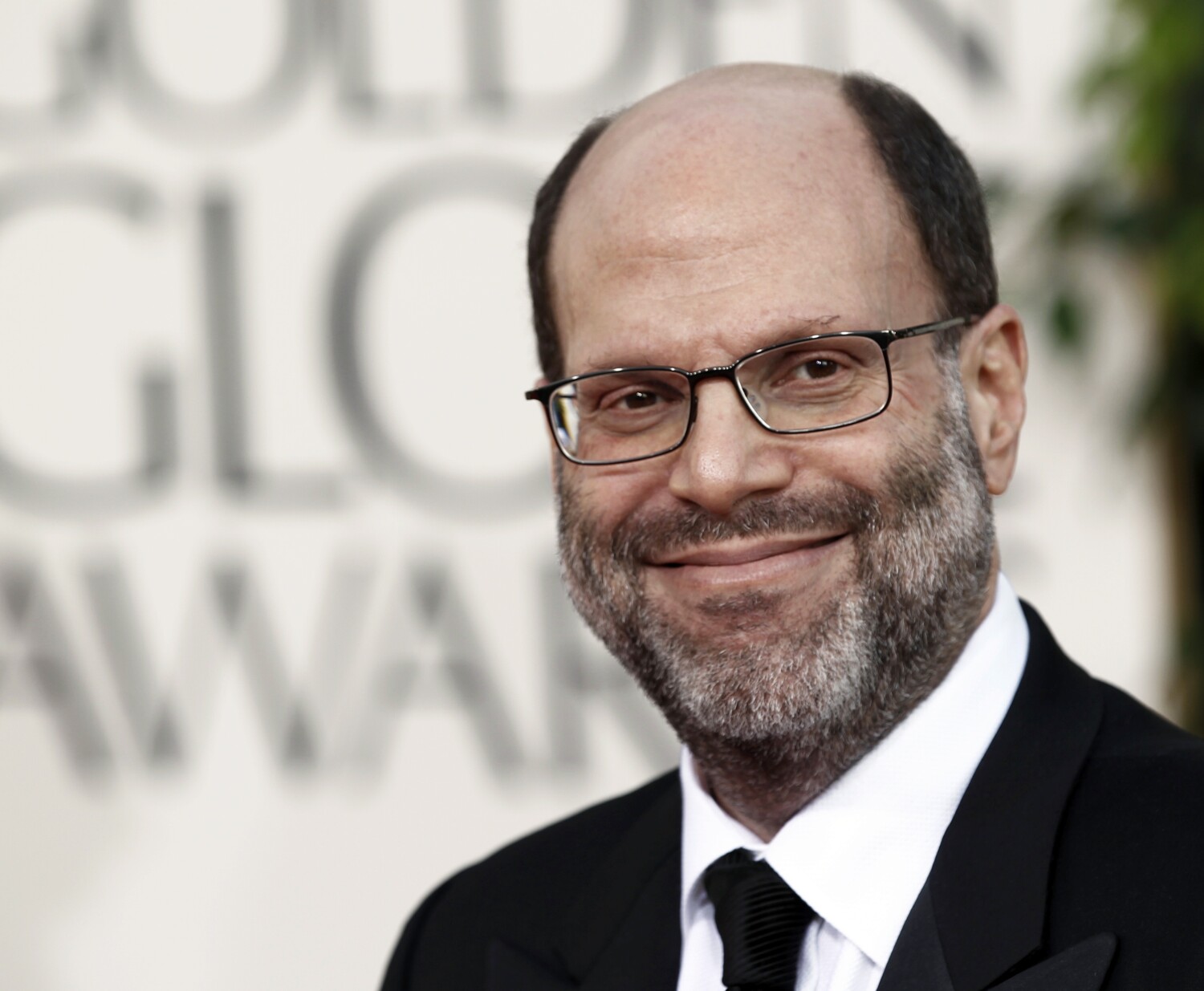 Producer Scott Rudin’s bullying wasn’t much of a secret on Broadway. What the recent blockbuster story by Tatiana Siegel in the Hollywood Reporter filled in were some of the details of his alleged abuse, a grisly catalog that included the allegation that he cracked a computer monitor on an assistant’s hand, sending him to the emergency room.

Twitter has been dissecting the report ever since, but Broadway has been conspicuously quiet. That is, until Tony-winning actress Karen Olivo announced in an Instagram video that they would not be returning to “Moulin Rouge!” when Broadway reopened. Although Rudin isn’t a producer on this show, Olivo, who’s been active in the movement to make the American theater more diverse and equitable, called the silence about Rudin “unacceptable.”

“I want a theater industry that matches my integrity,” Olivo said, throwing down a gauntlet.

After a series of “no comments,” Rudin finally released a statement Saturday in the Washington Post in an article by theater critic Peter Marks: “After a period of reflection, I’ve made the decision to step back from active participation on our Broadway productions, effective immediately. My roles will be filled by others from the Broadway community and in a number of cases, from the roster of participants already in place on those shows.”

Rudin expressed contrition for the “pain” his “behavior caused to individuals, directly and indirectly.” But what exactly was he proposing, other than to recede into the background until the fire dies down?

No stranger to crisis management public relations, Rudin survived the 2014 Sony Pictures hack, in which emails came out with him making racist banter with Sony Pictures chief Amy Pascal about President Obama’s taste in movies. Rudin may assume he can escape another career-jeopardizing scandal, but this latest storm is unlikely to blow over as easily.

The reckonings set in motion by #MeToo and Black Lives Matter have changed the cultural climate. Broadway, closed for more than a year because of the COVID-19 pandemic, is already facing closer critical scrutiny from a vigorous nationwide movement to diversify the American theater. Outside the Republican Party, there isn’t a lot of lenience for men who abuse their privilege and authority.

Broadway producers I spoke to told me that Rudin seems to be sincere about stepping away from the day-to-day running of his megahits, “The Book of Mormon” and “To Kill a Mockingbird,” but no one seems to think he’ll be relinquishing his financial stakes. When Broadway resumes, so will his revenue streams.

In short, Rudin isn’t going anywhere. But new projects in the near term are an open question. In the works is a revival of the musical “The Music Man” with Hugh Jackman and Sutton Foster. There will be pressure on these two beloved performers to either back out or find another producer.

There are also some questions about the touring prospects of “To Kill a Mockingbird.” The production, featuring a new adaptation by Aaron Sorkin, was already likely to face some blowback from cultural critics uncomfortable with a white man’s version of Harper Lee’s classic at this racially charged time. But in the battle between box office and conscience, box office usually wins out. And venues are already booked for 2022.

The old script would have Rudin controlling the shots from behind these scenes in his new role as the loudest silent producer in the history of Broadway. But Broadway insiders seem to think that more dirt is likely to come out. And that Rudin’s access to A-list talent for prestige projects has been severely compromised.

No one I spoke to felt comfortable speaking on the record. The fear isn’t so much about Rudin but about how the comments with be perceived by other power brokers.

Broadway royalty has been unusually reticent, but it’s possible to read between the lines. Six-time Tony Award winner Audra McDonald, who has her own complicated history with Rudin, posted the following message on Twitter.

“Abuse is abhorrent and wrong. Shaming abuse victims to speak out about their trauma is not only wrong but can traumatize the victim even further. The trauma is theirs, not yours. It is up to the victim and not you to decide when and IF they speak about it.

Abuse is abhorrent and wrong. Shaming abuse victims to speak out about their trauma is not only wrong but can traumatize the victim even further. The trauma is theirs, not yours. It is up to the victim and not you to decide when and IF they speak about it.
🙏🏾

Was she referring to her experience on “Shuffle Along,” the production that Rudin decided to close early after McDonald was forced to leave because of pregnancy? Speculation naturally led in that direction, as the clamoring on social media intensified for stars to call out wrongdoing.

I wondered if McDonald, Lin-Manuel Miranda, Patti LuPone or another outspoken luminary might publicly back Olivo. But why should the burden be placed on artists, the workers, and not the bosses? As one producer pointed out to me, “If the theater owners had said, ‘Your behavior is not acceptable,’ Scott Rudin would have made an adjustment. They have more influence than anyone. They have the real estate.”

Was Rudin’s behavior tolerated by the Shubert Organization because of the high-quality work he was producing? A member of the EGOT club, with 17 Tonys, an Oscar, an Emmy and a Grammy, Rudin puts his money where his discerning taste is. More impressive has been his willingness to take risks on projects other producers would consider losing propositions. His investments in writers, directors and designers have inarguably enriched this era of theater.

In a Broadway scene crowded with theme park shows, he showed that adventurous drama, old and new, could flourish in the commercial marketplace. He could make a classic like August Wilson’s “Fences” seem freshly minted in a revival that cast Denzel Washington and Viola Davis as the leads. He proved that “Three Tall Women,” Edward Albee’s off-Broadway Pulitzer Prize winner, wasn’t too downtown to work uptown, especially with Glenda Jackson and Laurie Metcalf on the marquee.

Rudin made my job infinitely more interesting by making space for new plays by Lucas Hnath (“A Doll’s House, Part 2”) and Stephen Karam (“The Humans”) and the auteur wizardry of Ivo van Hove (“A View From the Bridge,” “The Crucible,” “West Side Story”). For bringing Elaine May to Broadway in “The Waverly Gallery,” I’ll be forever grateful to Rudin.

In truth, I fear what Broadway will revert to without his visionary zeal. Other producers can spot a promising new play, but Rudin, with his Hollywood cachet and theatrical know-how, brought clout that impressed the Shubert chieftains. He could sell me what others would get laughed out of the room for considering.

But now that we’ve been given a glimpse of the backstage barbarism, the price for Rudin’s bespoke producing is clearly too high. Schlock will do its best to fill the void, but artistic merit can’t be allowed to trump human decency in a collaborative art form. Workplace abuse may not carry the shock of sexual misconduct or racism, but it’s a pervasive problem with a unique history in the American theater.

After Rudin offered up a public apology, Actors’ Equity came out with a statement reiterating that “everyone deserves a safe workplace whether they are a union member or not.” Also expressed was the hope that Rudin will “release his staff from any nondisclosure agreements they may have signed as a condition of employment.”

There may not be an obvious mechanism for dealing with an independent Broadway producer like Rudin, but collectively a message must be sent. As a Tony-winning producer told me, “Rudin is the most visible and egregious example, but he’s not the only one. There are so many people in this business who are emotionally abusive. And there are so many theater people who have been trained to believe that they have to put up with this behavior because this is the sacrifice they must make for art. It’s time to make clear that this kind of abuse — public humiliation, temper tantrums, physical threats — will no longer be tolerated.”

Performing arts training, which has sometimes prided itself on breaking down an actor’s ego or dancer’s body, has contributed to the myth that rigor and respect are contradictory terms. Cruelty isn’t the path to excellence. And opportunities to work with the best shouldn’t entail putting up with the worst.

The theater faces challenges on every front. Given the scale of the economic crisis alone, Rudin might seem like a mere public relations nuisance. But if Broadway is serious about reform, it will start here.