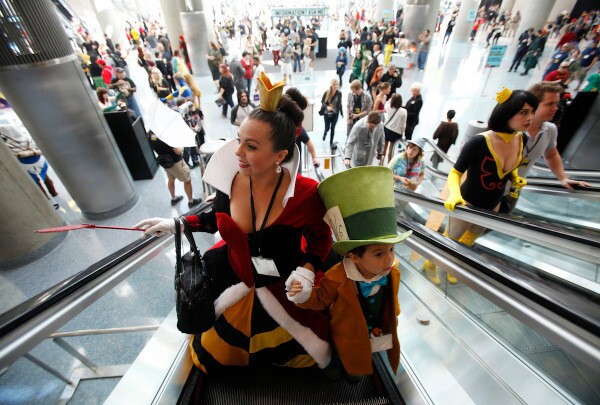 L.A. Comic Con announced Thursday that it is pushing its 2021 event to December. The convention will be in person, but will also feature virtual components.

Headliners for the event, which will be held Dec. 3-5 at the Los Angeles Convention Center, so far include the previously announced Zachary Levi, Tom Welling and Frank Miller, as well as Tom Kenny and Giancarlo Esposito.

After canceling its 2020 event amid the COVID-19 pandemic, the annual pop culture convention initially announced September 2021 dates for its planned return.

But “now that we’ve seen how 2021 is playing out, we’ve concluded that the new December dates feel the most accessible for the largest number of fans,” said Chris DeMoulin, the chief executive of L.A. Comic Con’s parent company, Comikaze Entertainment, in a statement.

“By that point in the year, more people will likely feel safe attending an in-person event, and we also wanted to insure that our dates wouldn’t interfere with people’s holiday plans,” he added.

On Tuesday, California officials revealed that the state is aiming to fully reopen its economy by June 15. In late March, San Diego Comic-Con announced it would be holding a three-day, in-person “Special Edition” event in November in addition to its planned online-only convention in July.

For fans who still prefer to avoid in-person conventions, DeMoulin added that L.A. Comic Con will include more virtual components this year.

“We’ll have more streaming offerings than ever before to ensure they have the opportunity to participate in live panels and talent meet-and-greets, with virtual access to every main stage and secondary panel,” he said in his statement.

Tickets purchased for L.A. Comic Con’s previously announced September dates will be rolled over for the new December dates. L.A. Comic Con will also be offering free NFTs of art from its archives to those who attend.