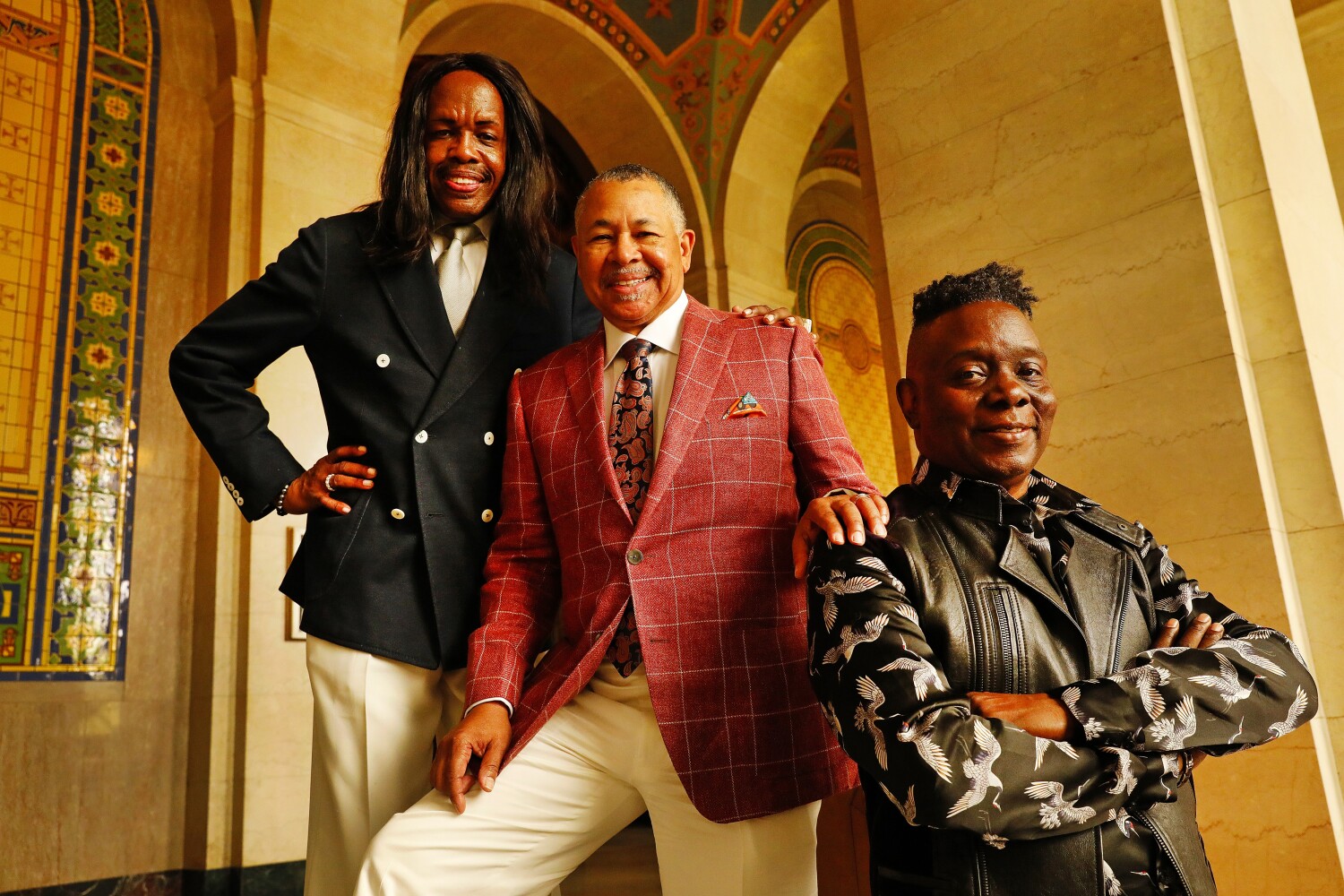 Let’s groove tonight with Earth, Wind & Fire and the Isley Brothers as the two bands face off for an Easter edition of the popular music series Verzuz.

On Easter Sunday, “Family Feud” host Steve Harvey will emcee the showdown between the Midwestern musicians, who came up together in the 1960s and ’70s. Fans can tune in to the Verzuz battle at 5 p.m. Pacific on both the Triller app and, as usual, the Verzuz Instagram page.

“Who’s ready???” Earth, Wind & Fire wrote this week on Instagram. “We ready!! … there will be a @verzuztv battle like no other when we go head to head with @theisleybrothers!!!”

“It’s about to go down!” the Isley Brothers teased on their social media.

Earth, Wind & Fire was founded in Chicago by the late Maurice White in 1969. Its greatest hits include “September,” “Boogie Wonderland,” “Let’s Groove” and “Shining Star.” The Isley Brothers got their start a little earlier in 1950s Ohio and went on to record standout tracks “Shout,” “It’s Your Thing” and “This Old Heart of Mine.” Combined, the artists have seven Grammy wins and 21 nominations.

Host Harvey also took to social media this week to promote the event, hailing the latest Verzuz opponents as two of his “all-time favorite bands.” And D-Nice, who is set to deejay the face-off, told followers he “couldn’t wait” to share the news of his latest gig.

Past Verzuz sets have featured Ashanti and Keyshia Cole, DMX and Snoop Dogg, Ludacris and Nelly, Erykah Badu and Jill Scott, Gladys Knight and Patti LaBelle and Brandy and Monica. On May 8, SWV will join fellow R&B girl group Xscape.

“We want to thank all of the artists that participated in Verzuz and all of the fans that watched Verzuz,” said Swizz Beatz, who launched the social media phenomenon in quarantine last year with Timbaland. “We love y’all. By the artists, for the artists, with the people.”