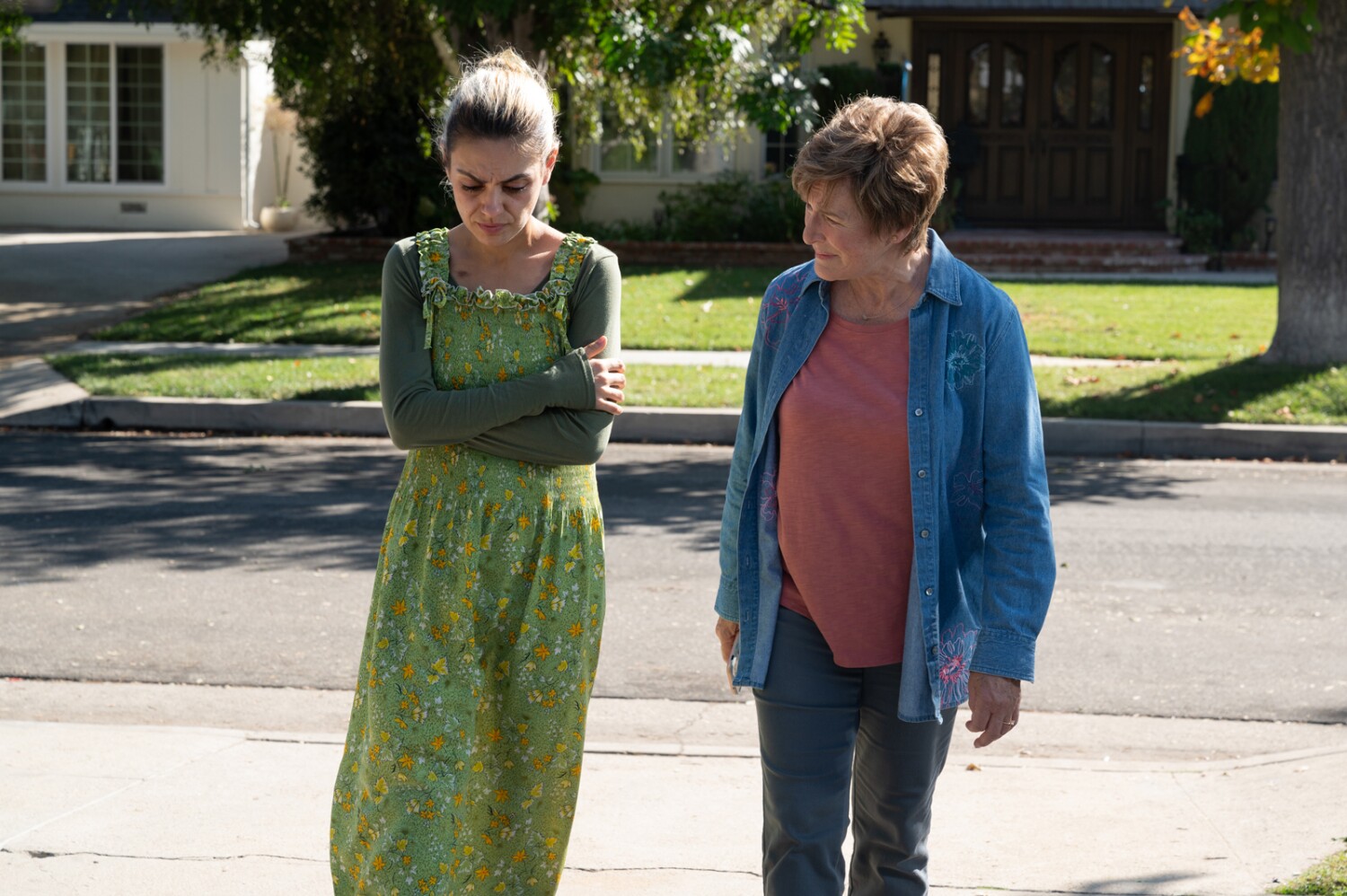 Before the coronavirus pandemic raged through the United States, the opioid epidemic seized the nation, continuing to quietly churn in the background of COVID-19. Estimates show that nearly 90,000 American lives were lost to opioid overdose deaths in 2020. Despite our attentions elsewhere, this preexisting condition didn’t go away during the pandemic, as many of our existing co-morbidities were exacerbated or revealed during this time.

Rodrigo Garcia’s film “Four Good Days” offers an intimate portrait of the agony of opioid addiction, depicting the gut-wrenching chronic pain that is loving an addict. The film is based on a 2016 Washington Post article by Eli Saslow, who collaborated on the script with Garcia. In Saslow’s article, a Michigan mother, Libby, wrestled with the recovery of her addict daughter Amanda, ravaged by heroin for a decade. Hope arrives in the form of a shot, an “opioid antagonist” that blocks the high of opioids, offering users an “immunity” of sorts. One could think of it like a vaccine for opioid addiction, rendering the drug useless in the user’s bloodstream.

In Garcia’s film, Alexandra and Libby are now Molly (Mila Kunis) and Deb (Glenn Close). When Molly arrives on Deb’s doorstep, jonesing, desperate, skin pockmarked, teeth rotting, Deb is loath to let her in after years of theft, lies and broken promises. The stubborn Molly spends the night on the stoop, and in the morning, Deb offers her the only praise she can muster, saying Molly herself is the only thing more relentless than heroin. It’s the one thing that gives her hope.

After three days of harrowing detox, Molly is offered the shot to block her body’s response to opiates, though she needs to wait four more days for the heroin to leave her system in order to safely receive it. Four days is nothing, right? After 10 years of sustained addiction, it might as well be a year. And so mother and daughter settle in to white knuckle four days without drugs.

The four days become a time to reckon with the past: with Molly’s dark deeds, and with her own children; with Molly and Deb’s relationship, fractured by Deb’s own marriage problems and the fateful prescription for pain medication that led a young Molly down the path of destruction. The script lays bare every issue, leaving no feeling or thought or past transgression unspoken, as Molly and Deb play the blame game and wallow in their own shame, unwilling to trust each other or themselves.

In this cinematic version, the stakes are heightened, the melodrama ratcheted up much further than the haunting and spare tone of the original Washington Post piece. Close and Kunis take it to emotionally and aurally operatic heights, as Molly weaponizes her rage to manipulate her mother, and Deb’s carefully controlled boundaries erode into sheer panic and instinct.

“Four Good Days” is a portrait of addiction that wants to dive into the ugliest parts: the detox, the physical deterioration, the flop houses, the things Molly did for drugs. But, despite Kunis’ haggard appearance, “Four Good Days” only flirts with ugly, pulling away from the most vile details in the last moments. Though this agonizing weeklong ordeal reaches a shrill climax, the denouement feels rushed, opaque, leaving us only with more questions. Perhaps searching for answers isn’t the right way to recovery, but after such a verbose and revealing journey, it feels strange for Molly and Deb to suddenly go quiet.

Rated: R, for drug content, language throughout and brief sexuality

Playing: Starts April 30 in general release where theaters are open