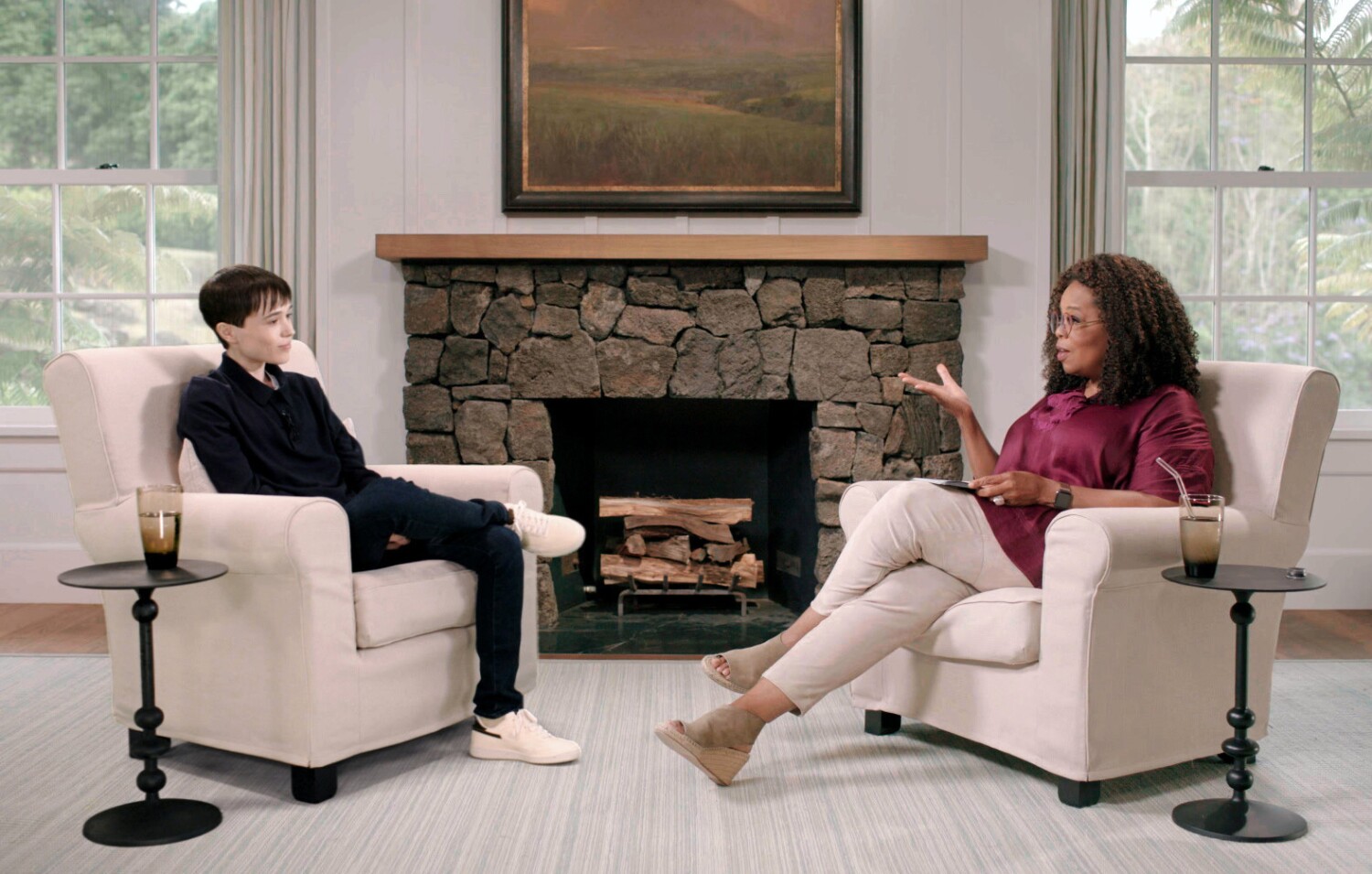 Elliot Page has a message for transgender youth: He sees you. You exist, you are real and you are loved.

The trans actor sat with Oprah Winfrey for a candid conversation about his journey to connect with his true self, the importance of supporting healthcare for transgender people, the surge of anti-trans legislation being considered in various states and more for an episode of “The Oprah Conversation.”

In addition to reflecting on his personal history and moments from his career — such as his struggles while promoting “Juno” and “Inception” — the “Umbrella Academy” star shared how “life-saving” transitioning has been for him and expressed the joy he’s found after surgery to reconstruct his chest.

Page and Winfrey also discussed the growing surge in anti-trans legislation being considered, and passed, in various states, with many affecting trans youth. This includes laws that would ban trans girls from school sports teams, laws designed to prevent trans minors from receiving gender-affirming care and laws that would allow medical workers to deny trans people nonemergency healthcare.

“I believe people want to erase trans people,” Page said. “They don’t believe we exist and they don’t want [us] to exist. And right now, the main tactic is to attack trans kids. … These kids are being used as political pawns to fight the Equality Act, which the Republicans don’t want passed.”

(The Equality Act, if passed, would explicitly ban discrimination based on sexual orientation and gender identity and expand protections by amending the 1964 Civil Rights Act.)

Page also highlighted how important it is for allies to educate themselves in order to support trans lives. And to trans youth, he promised to keep speaking out.

“I’m going to continue to do what I can to try and help this society shift how it treats transgender people,” Page said.