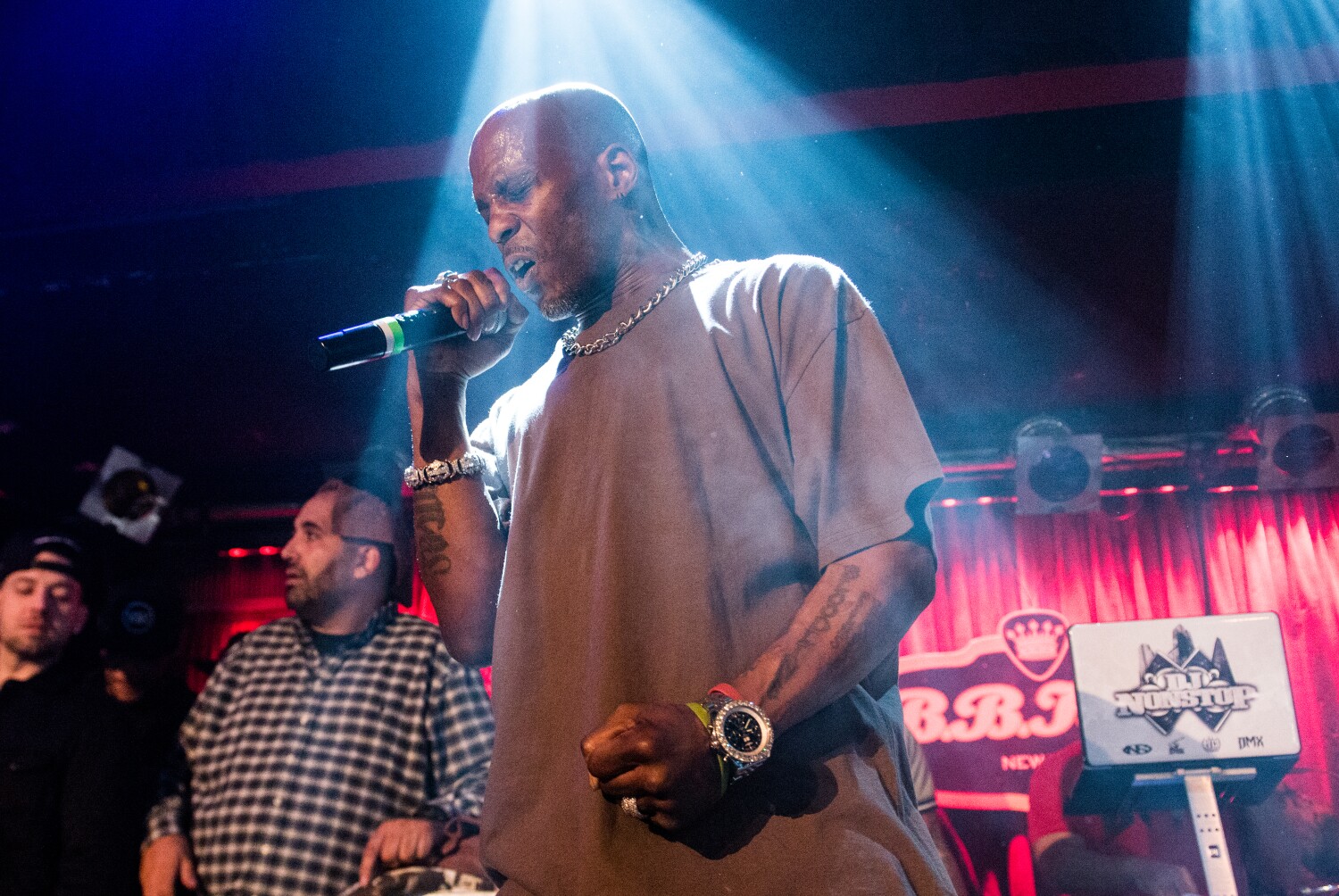 The life of DMX will be celebrated and remembered this weekend with two memorials, both of which will be broadcast live to the public. The rapper, born Earl Simmons, died April 9 after suffering a heart attack a week earlier. He was 50.

The second event, a homegoing celebration, will be broadcast live on BET Sunday at 11:30 a.m. Pacific in a televised special, “BET Remembers DMX.” Viewers can also watch the ceremony on the network’s YouTube account.

Variety reported that Saturday’s ceremony will take place at the Barclays Center in Brooklyn. In-person attendance has been limited to family and close friends, in part due to COVID-19 protocols in New York.

Following a reported drug overdose that led to a heart attack, DMX was hospitalized for seven days, during which support poured in for the rapper in person and online. Fans in New York rallied outside his hospital in White Plains while famous figures such as Viola Davis and Ice Cube shared prayers over social media.

Since his death, many have paid tribute to the late performer, famous for hits including “X Gon’ Give It to Ya” and “Party Up (Up in Here).” He made history with five consecutive albums debuting atop the Billboard 200 chart, though his achievements were overshadowed at times by news of his several arrests and publicity stunts.

In 2020, DMX opened up about his struggles with drug addiction in an interview with Talib Kweli. “I wouldn’t wish that on my worst enemy,” he said.

“Earl was a warrior who fought till the very end. He loved his family with all of his heart and we cherish the times we spent with him,” his family said in a statement after his death. “Earl’s music inspired countless fans across the world and his iconic legacy will live on forever.”