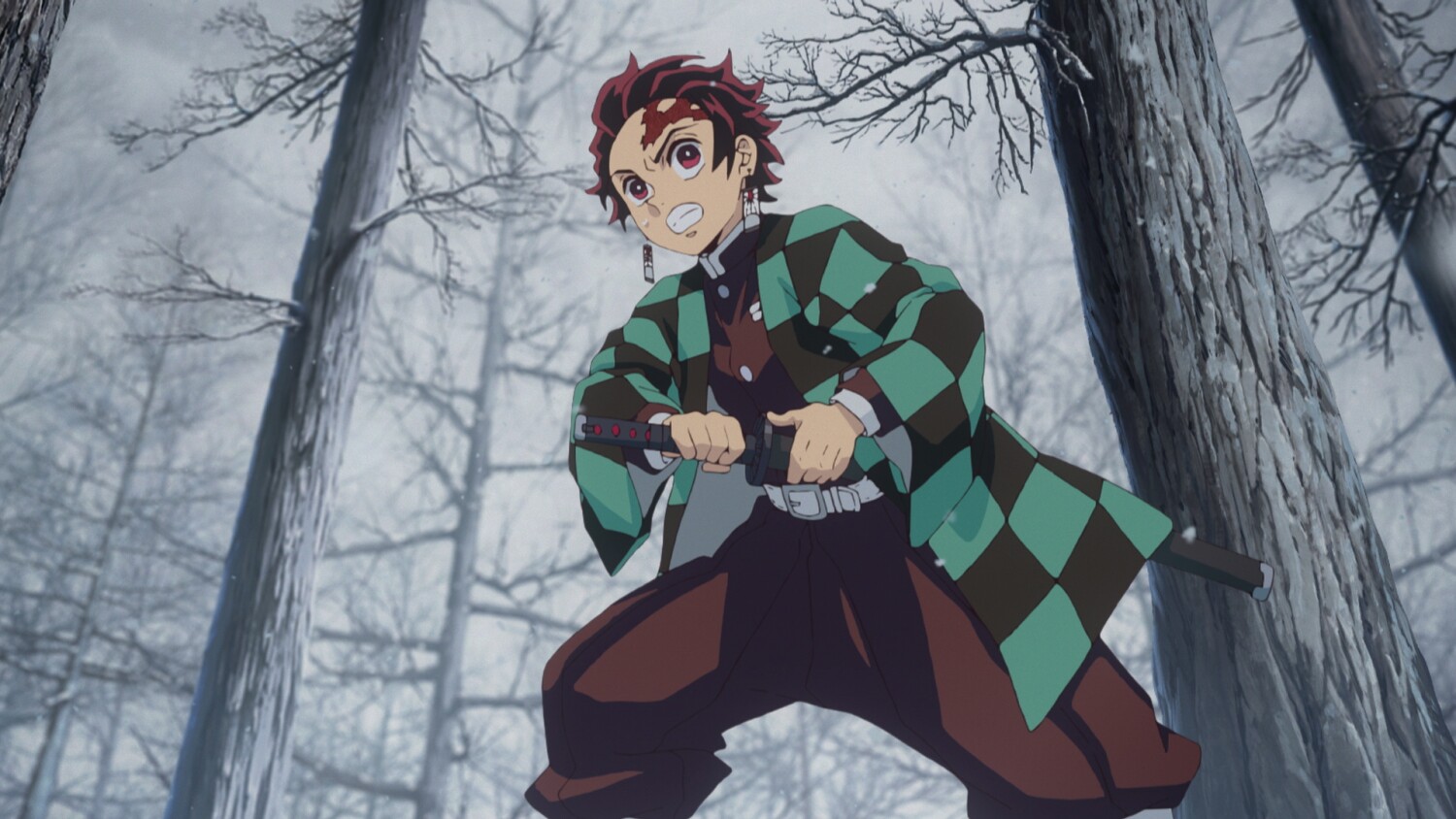 The Los Angeles Times is committed to reviewing new theatrical film releases during the COVID-19 pandemic. Because moviegoing carries inherent risks during this time, we remind readers to follow health and safety guidelines as outlined by the CDC and local health officials. We will continue to note the various ways readers can see each new film, including drive-in theaters in the Southland and VOD/streaming options when available.

Japanese animation (anime) can dazzle, delight and captivate with gorgeous worlds. It can also make uninitiated viewers feel as if they’re jumping on a moving train, which in this case, they sort of would be.

American audiences might know “Demon Slayer” as a cartoon series on Netflix, Hulu, Funimation and Crunchyroll, but it’s actually a juggernaut. The multimedia franchise spawned by a manga bowing in 2016 reportedly has generated more than $2.6 billion. The feature film, “Demon Slayer — Kimetsu no Yaiba — The Movie: Mugen Train,” whose action takes place between the show’s first and second seasons, is already the highest-grossing Japanese film ever, despite being released during the pandemic.

None of which will help non-fans understand what’s going on. The movie adapts the “Mugen Train Arc” well into the manga run, after 26 TV episodes. So if you find yourself asking, “Why is that little girl in a box?” or “I thought that cowardly guy was asleep; how is he fighting now?” — there’s no way to divine the answers if you didn’t already know.

Here’s a quick primer: During Japan’s Taishō period (1910s-20s), Tanjiro is a good-hearted boy living in the mountains with his family. When they’re attacked by a demon, the only other survivor is his little sister, Nezuko, whom the attack transforms into a demon. Tanjiro joins the Demon Slayer Corps to fight the monsters and cure Nezuko.

He makes friends with fellow novices Inosuke, a boy raised by boars who runs around shirtless, wearing a boar head and thirsting to use his twin swords (think of Inosuke as Enthusiastic Wolverine Who Gets His Friends’ Names Wrong), and Zenitsu, a coward when awake; while sleeping, his body becomes a super-fast fighter (think Scaredy Flash Who Likes Nezuko). The boys are sent to meet seasoned demon slayer (hashira) Kyojuro Rengoku on a train; Kyojuro is there on the hunt.

What ensues is a sometimes mind-bending adventure both on the train and in dream worlds, with protagonists facing down personal demons while also fighting the literal one.

“Demon Slayer’s” characters are memorable, with often hilarious behavior. The animators place a premium on expressiveness, enjoying occasionally absurd extremes (think of “Teen Titans Go!”). Kyojuro is one cool cat. He’s a formidable fire-wielding fighter who really likes train food. Nezuko sleeps in a box that Tanjiro carries on his back and is cute until she assumes demon form and rips foes to shreds (the movie is rated R for bloody violence).

The distinctive visual style is notably fluid and detailed. The layout artists craft lovely painted environments with rich textures. The action is enjoyable and character-specific. As one would expect from an anime this popular, the imagination is off the charts. The character design, especially of the various demons, is impressive and creepy. As is par for the genre, the emotional moments can be operatic.

The “Demon Slayer” movie is a must for fans. For those boarding late, it will likely be an enjoyable but sometimes confusing ride.

In both Japanese with subtitled English and dubbed English versions

Playing: Starts April 23 in general release where theaters are open