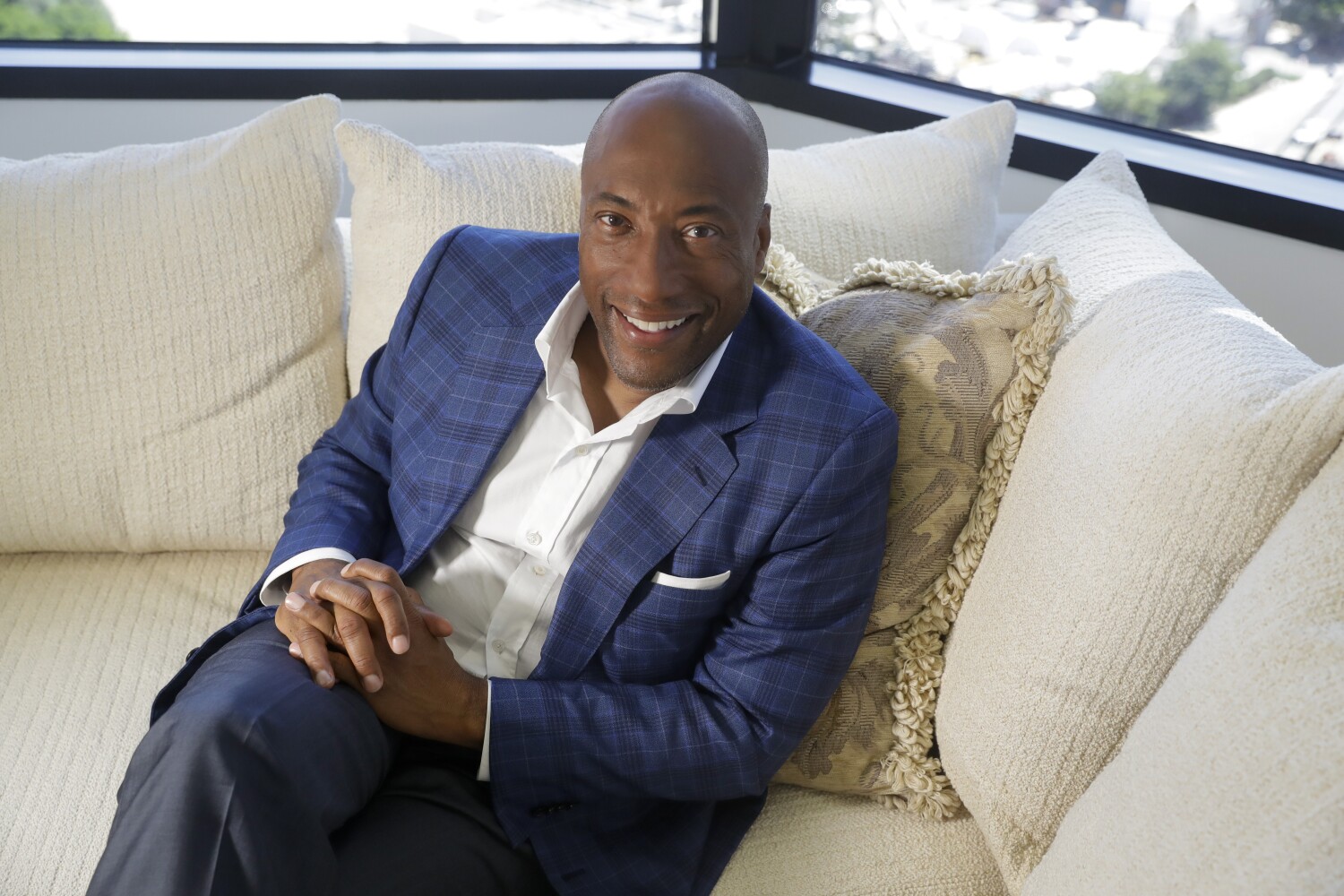 Atlanta-based Gray Television Inc., struck a deal with Allen’s company because Gray must divest a handful of TV stations currently owned by Quincy Media Inc., to win federal approval for its $925-million takeover of a separate television company, Quincy Media.

The divestitures were required because Gray Television already operates a TV station in those seven markets.

“We are thrilled to facilitate the transfer of these fine Quincy television stations to Byron Allen and Allen Media Group, who we are confident will continue the strong commitments to journalism and localism that have distinguished these stations under Quincy’s outstanding stewardship,” Gray TV’s Executive Chairman and Chief Executive Hilton H. Howell said in a statement.

Allen Media Group, which was founded by Allen in 1993, also owns a dozen television channels, including the Weather Channel, a free streaming service called Local Now and local television stations. Among its portfolio are 16 television stations affiliated with the major networks, ABC, NBC, CBS and Fox. He owns a network affiliate in California that serves Chico and Redding. He also has a station in Eugene, Ore., and one in Honolulu.

“Over the past year-and-a-half, we’ve invested close to $1 billion to acquire best-in-class, top-tier, broadcast network affiliates,” Allen said in a statement. “We plan to invest approximately 10 billion dollars to acquire more ABC, CBS, NBC and FOX television stations over the next two years with the goal of being the largest broadcast television group in America.”

The station transaction is expected to be complete in the third quarter of this year.

Earlier this month, Allen launched Local Now, a streaming app that offers local news, weather, sports, traffic, movies and TV shows. The service is available through Roku, Apple TV, Amazon Fire TV, Android TV and Comcast’s Xfinity, among other providers. Technology will enable the company to target programming, including advertisements, to users based on their ZIP Codes.

“All of our media assets, including these broadcast television stations, will work in concert to amplify our free-streaming service, Local Now,” Allen said.

The Los Angeles entrepreneur has been steadily expanding his empire. He also brought a high-profile legal case against two of the nation’s largest pay-TV distributors, Comcast and Charter Communications, alleging that racism was the reason his channels were not carried on those services.

Allen, who is Black, filed the $20-billion lawsuit in 2015. The case ultimately reached the U.S. Supreme Court and was legally significant because it relied on the historic Civil Rights Act of 1866, which was enacted a year after the Civil War ended and mandated that Black citizens “shall have the same right … to make and enforce contracts … as is enjoyed by white citizens.”

But the Supreme Court struck down many of Allen’s arguments. In a 9-0 decision in March 2020, the high court said it was not enough for a civil rights plaintiff to assert that his race was one of several factors that motivated a company to refuse to do business with him. Instead, the person must show race was the crucial and deciding factor.