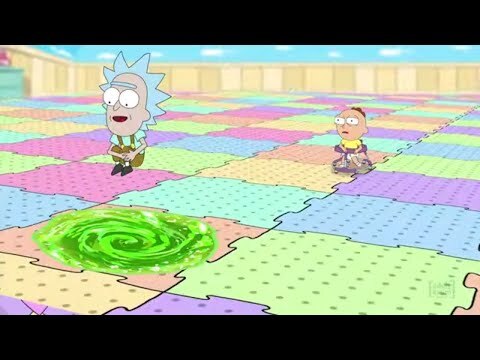 On Wednesday night, Adult Swim trolled “Rick and Morty” fans by morphing the series’ titular grandfather-grandson duo into infant versions of themselves for a special episode in honor of April Fools’ Day.

To pull off the stunt, the network hired child voice actors to dub the Season 2 episode “Total Rickall,” which originally ran in 2015 and sees the Smith family plagued by parasites.

Fully committing to this year’s prank, Adult Swim also rebranded Thursday as “Adult Swim Junior,” with G-rated interludes between episodes in the style of Nick Jr. and Disney Junior’s early-morning rotations. Adult Swim will revert back to its regularly scheduled grownup “Rick and Morty” programming on June 20 for the premiere of the sci-fi series’ fifth season.

Speaking of Disney, streaming platform Disney+ also got in on the April Fools’ fun by sharing various stills of Disney villains — such as Scar, Maleficent and Ursula — shouting “Fools!” in their respective films. Meanwhile, fellow streaming giant Netflix vowed on Twitter, “There’ll be no April Fools’ Day jokes from us today,” adding, “Seriously. (This is not a joke).” Sure, Netflix. Sure.

There’ll be no April Fools’ Day jokes from us today. Seriously. (This is not a joke).

British media outlet the Tab made no such promises, however, and pulled a prank on Netflix’s behalf by reporting that the second season of its smash-hit period drama “Bridgerton” would be premiering next week. (In reality, the show’s highly anticipated sophomore run — starring Season 1 breakout Jonathan Bailey and newcomer Simone Ashley — wasn’t even set to begin production until this spring.)

“We wanted to make this a special surprise for our very special viewers,” the Tab quoted a “Netflix spokesperson” as saying. “They deserve it.” (Even Lady Whistledown herself would never publish a rumor so baseless and cruel!)

A few celebrity capers have been trickling in as well. For example, BTS rapper J-Hope fooled the South Korean supergroup’s ARMY fandom on social media into thinking he had dyed his hair “Little Mermaid” red. Turns out it was just a very convincing filter, and the gullible are already mourning the fiery look that could have been.