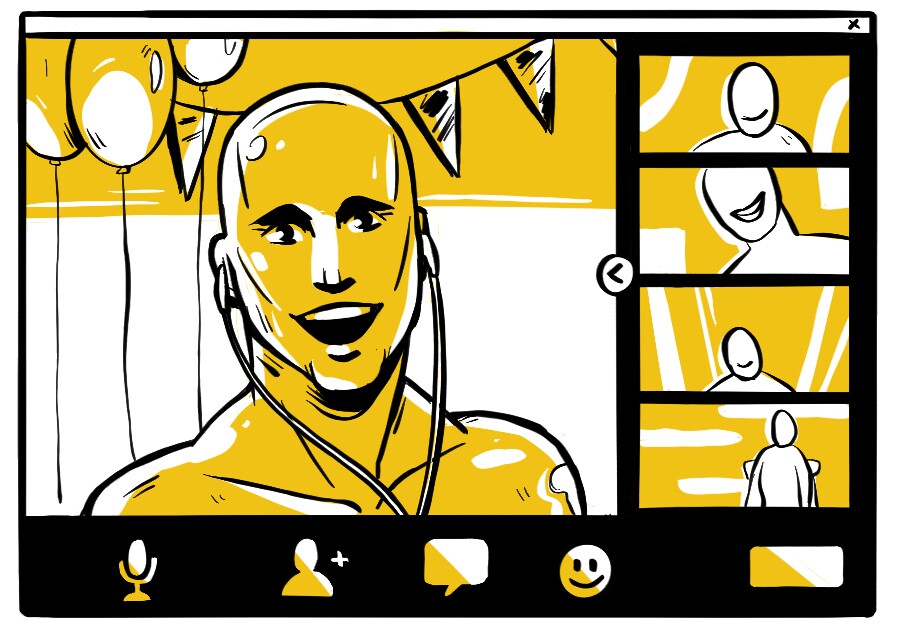 Who watches the Oscars?

Regarding “Ratings Dropoff Could Affect Oscars” by Stephen Battaglio [April 14]: The numbers for the Oscar broadcast will be way down this year for some very obvious reasons.

2. The explosive growth of streaming services showing the films we could not see at the theaters.

There is no shared viewing experience this year.

Interest in the Oscars must surely be affected by the fact that movies are no longer the big event they used to be.

You used to have to go to a cinema to see the latest important films but these days, some of those in the Academy Award nominations list are already easily accessible on streaming services such as Netflix, Hulu, etc.

In addition, I suggest that the devaluation of star power adds to the lessening of interest in movies.

Believe it or not, there once was a time when folks would ask, “Have you seen the latest Gregory Peck film?” ’Nuff said!

The vanity parade of celebrities is simply against anything spiritual we have emotionally achieved during this pandemic.

The more the academy worries about ratings, the more it loses relevance. It’s like a brand worrying about sales but not showing any interest in improving its product.

Not the last picture show

Regarding Jessica Gelt’s “Reasons to Expect a Happy Ending,” [April 14]: I think Los Angeles should offer the Cinerama Dome to TCM to play classic big-screen movies year-round. They could even mix in a few brand-new blockbusters and Academy Award contenders from time to time.

I think fans would show up. I know I would.

A challenging time for theater

Regarding theater critic Charles McNulty’s commentary “Broadway Needs to Clean Up its Act” [April 19]: I really thought McNulty did an excellent job of exploring the pros and cons of Scott Rudin’s involvement, now and in the future.

I always enjoy articles that leave me asking as many questions as they answer.

Ashley Lee’s [“‘The Father’s’ Hopeful Lesson,” March 22] on the play and movie “The Father” was a moving, very important commentary that encompassed the effects of COVID-19, family relationships, the art of growing old, the reversal of parent/child roles and much more.

I commend her for her insight into how our relationships change as life progresses and new challenges are met. She provided wisdom that readers will hopefully heed when she wrote, “It took me far too long to view my parents as people distinct from their familial roles and myself as someone who could have a mutual friendship with them.”

Too often, we miss opportunities to develop our family relationships because we don’t allow our perspectives to change and grow with circumstances. While acting as executor after my parents passed within a month of each other, I discovered so much more about them going through their papers and photos.

I wished I’d had the time to know them more as people than as parents. Lee reminds us poignantly that time is fleeting and things change on a dime. She fortunately still has time with her father, and she reminds us to keep nurturing our own family relationships.

My congratulations to Ashley Lee on as fine a commentary as I’ve ever read. It was touching and profound and gave me a view of what my two sons may feel someday. Or even what I may encounter with my wife. Or she with I. Thank you.

I was present for one of the performances of “The Father” at the Pasadena Playhouse, marveling at both the play’s mastery and the brilliant performance of Alfred Molina.

I have one question for Ashley Lee: What purpose did it serve for you to refer to the Playhouse audience as “wrinkled, white-haired”?

Lee has served the god of ageism and has, in my view, left a black mark on her reputation as a writer.

I loved Lorraine Ali’s commentary on the debacle of trying to buy tickets for Disney parks [“Disney’s Website Took Me for a Ride,” April 19]. My wife (a lifetime SoCal gal) thought I was incompetent and/or stupid for being unable to get Disney tickets.

I read Lorraine’s article to my wife and felt completely vindicated, thanks to her. Plus, it was really funny.

A low point in higher education

In her column [“Artful Fix to UC’s Math Woes,” April 15] Mary McNamara asks the UC system’s “award-winning alumni” to solve the problem of underfunding in the humanities. But it shouldn’t take a PhD to know that the problem is the state’s prolonged funding cuts to the UC system.

The state’s support for the UC system is paltry compared to the 1980s, when California provided 85% of its budget. McNamara doesn’t help by complaining about the taxes she pays. Attitudes like that are exactly what contribute to the funding cuts, which mean the universities don’t have the capacity for her children.

The University of California, Cal State Universities and community college systems are the jewels of California, and we should be outraged not by how much but by how little of our state’s budget goes to support them.

Mary McNamara cited the high rate of application rejections and the high cost of tuition at the University of California. However, she failed to describe how these two problems arose. She also incorrectly cited how our taxes pay for the UC system.

In 1960, California adopted the Master Plan for Higher Education, which committed the UC system to admit the top 12.5% of California’s high school graduates. As the state’s population and the number of high school students continues to grow, however, no new capacity was recently added.

The last campus built — UC Merced — was established 15 years ago, 40 years after any others. The demand has grown but not the supply.

In the first half of the 1960s, the undergraduate fee at UCLA was $74 per semester with only two semesters a year. In those days, our taxes did indeed pay for the salaries of both professors and non-teaching staff, the maintenance of the facilities, utilities and all other costs of operating UCLA.

Today, tuition is a significant source of operating funds. Taxes cover less and less of UC costs each year.

More than just a comedy

As a faithful viewer since the first episode, I greatly enjoyed Robert Lloyd’s farewell article in advance of “Younger’s” final season [“‘Younger’ Yet Ever Wiser,” April 16].

I particularly appreciated his singling out Sutton Foster’s “especially subtle” moments of private reaction. She is wonderful in that role.

One quibble: Rather than call it a sitcom I would characterize the show as a “dram-com” or maybe “sit-dram,” for it is the serious aspects of the series that have made it worth watching for seven seasons.

The comedic elements are important but it is the dramatic complications that are the heart and soul of the series.

Regarding “A Political Awakening” by Book Club editor Donna Wares [April 20]: I am struck by the quality and integrity of Barack Obama’s words. Varnished with an Ivy League education and shining with the sheen of a committed social activist, our 44th president writes with a directness and honesty that is decisive and unique among today’s crowd of middling politicians.

“His Oxy days…”? That truly made me think that he was going to discuss addiction.

Thank goodness I read past the headline and saw it was about his college days.